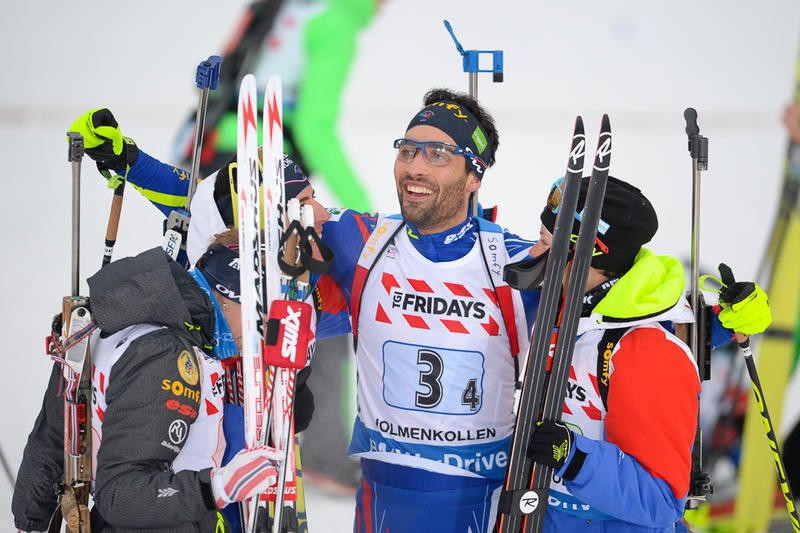 “We knew we were one of the favourites today, but you never know,” Fourcade said.

“This was a very emotional win for us today; our first team win since 2009.”

The race begun amid cloudy conditions in the Norwegian capital and the hosts started well as Olsbu led until the final loop in the opening leg before she was passed by Susan Dunklee of the United States.

Tiril Eckhoff then picked up where her teammate had left off in the second leg and surged to the front, while Dorin Habert struggled, falling early on before recovering to finish third behind Germany’s Hildebrand and the Norwegian competitor.

Ukraine's Sergey Semenov then thrust his country into medal contention by seizing control of the third leg, though he had Johannes Thingnes Bø for close company.

The Ukrainian managed to hold off the Norwegian to ensure his team went into the final exchange in pole position.

Fourcade was joined by Schempp, Dmytro Pidruchnyi of the Ukraine and Tarjei Bø for the dramatic last leg, where all three podium positions would be decided.

The Frenchman took over the lead at the first standing stage and used a spare round while clearing the targets, while Bø’s rapid clean shooting proved to be in vain as he was still eight seconds adrift.

That left a straight battle between arch-rivals Fourcade and Schempp going into the final loop.

It was Fourcade who pulled away, crossing the line to secure victory for his country.

The IBU World Championships are due to continue on Saturday (March 5) with the men’s 10 kilometres sprint and women’s 7.5km sprint races.