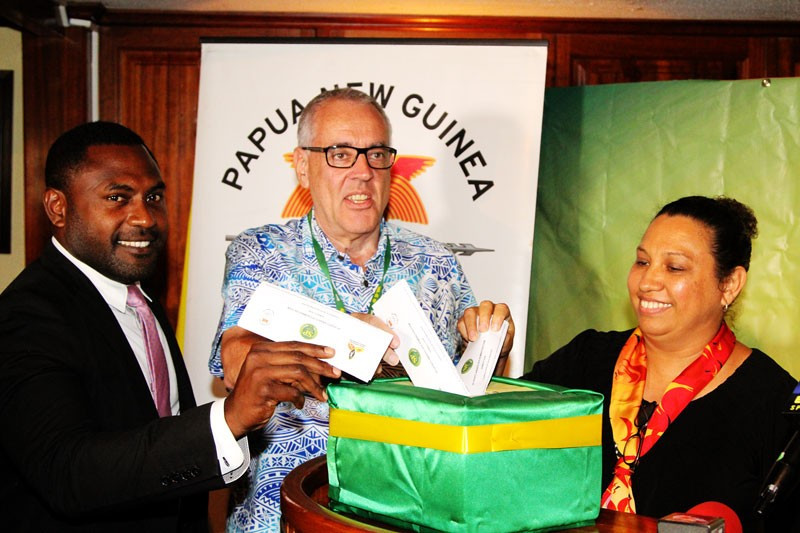 Nominations from all over the country are expected for the SP Sports Awards, organised in conjunction with the Papua New Guinea Olympic Committee (PNGOC).

It follows a great year of sporting success in which the country hosted the Pacific Games in Port Moresby, finishing top of the medals table with 88 golds, 69 silvers and 60 bronze.

The awards were launched with a special ceremony at the SP Brewery headquarters in the Papua New Guinean capital, with athletes and sponsors among those present.

“The awards this year is going to recognise a time when Papua New Guinea had its best ever year in sports with the hosting of the Pacific Games,” said SP Brewery managing director, Stan Joyce.

“Papua New Guinea really elevated itself during that time to put on a display of fantastic athletics, for our people and our country."

A male, female and team of the year will be honoured for their international performances, while domestic and junior-level achievements will also be acknowledged.

A "Best Sportsperson with a Disability" will also be selected, along with best sports official, sports photo of the year and a sports media award.

“It is those achievements [at the Pacific Games] we are sure will result in a flood of nominations for the awards this year," said PNGOC secretary, Auvita Rapilla.

"And the SP Sports Awards will allow us to once again celebrate those marvelous achievements."

The SP Sports Awards is a joint collaboration between the SP Brewery, the PNG Olympic Committee and the PNG Sports Foundation.

The nominations process is due to close on April 1, with more information on how to cast your vote available here.

An awards presentation night is then expected to be held in Port Moresby in May.