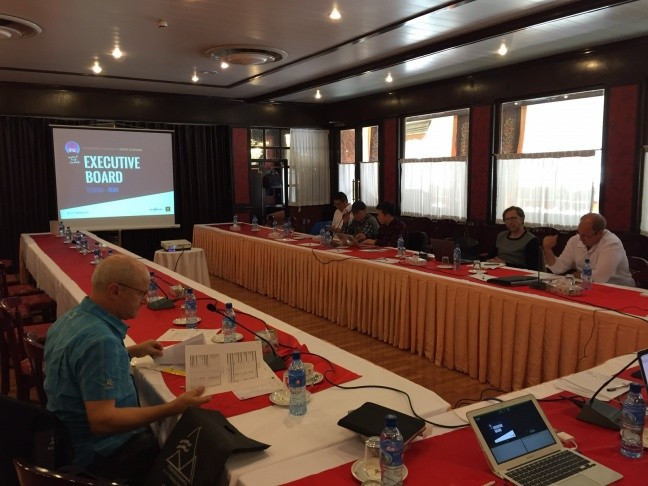 The International Federation of Sport Climbing (IFSC) will hold a key meeting in Tehran on Saturday (February 20) as the sport continues its campaign to be included on the Olympic schedule at Tokyo 2020.

In September, climbing was recommended for inclusion at the Games in the Japanese capital alongside baseball/softball, karate, skateboarding and surfing by the Additional Events Panel in Tokyo.

A final decision is due to be made by the International Olympic Committee (IOC) at their Session in Rio de Janeiro this year, with the organisation having the right to include all, some or none of the sports shortlisted.

The meeting in Tehran, Iran's capital, will be the 11th Plenary Assembly of the IFSC and the drive for Tokyo will be one of the matters discussed.

A workshop will be held prior to the meeting tomorrow entitled: "From National to International: how National Federations can play a key role, from their development plans and functioning inside the IFSC to their involvement in Tokyo 2020 bid”.

"This year is a milestone in the development of sport climbing," said IFSC President Marco Maria Scolaris.

"The entire climbing community is waiting and hoping for a positive answer from Rio de Janeiro."

The IFSC Executive Board will also meet before the Plenary Assembly, while climbing officials have also met with the Iran Olympic Committee.

The Iran Mountaineering and Sport Climbing Federation will host the world governing body.