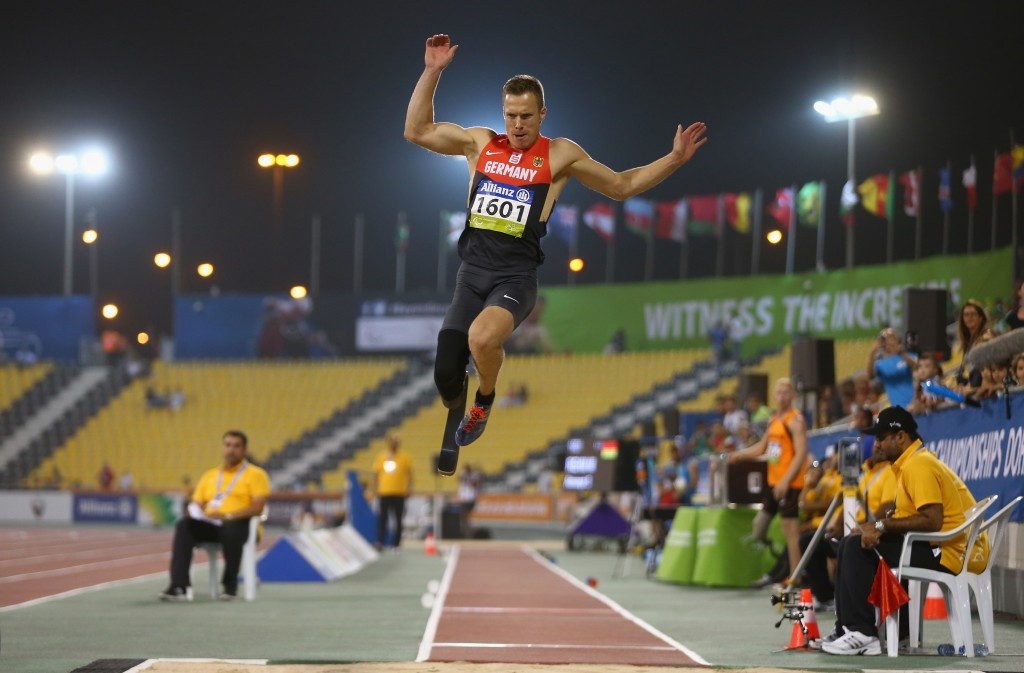 Paralympic and world champion Markus Rehm is refusing to give up hope of competing at this year's Olympic Games in Rio de Janeiro, despite the German Olympic Sports Confederation (DOSB) making it clear they will refuse to select him.

The German, who triumphed in the F44 event at London 2012, revealed he is still waiting to talk to the International Association of Athletics Federations (IAAF) about competing in the Brazilian city.

"It's not a closed case as far as I'm concerned," he told the Daily Mail.

Rehm broke his own world record with a jump of 8.40 metres at last year’s International Paralympic Committee Athletics World Championships in Doha, further than the 8.31m Great Britain's Greg Rutherford achieved when winning the Olympic gold medal at London 2012.

He had hoped to become only the second Paralympic athlete to participate at the Olympics using a blade following sprinter Oscar Pistorius at London 2012.

insidethegames was told in December, however, that the DOSB will definitely not pick him for Rio 2016, even if he were to meet the qualification requirements.

Opponents of Rehm's bid said that he should not be allowed to compete with able-bodied jumpers as the prosthetic blade he uses could be utilised as a spring which would therefore give him an unfair advantage.

"Is that an unfair advantage?

"That’s for somebody at the IAAF to look at and look at the technicalities."

Rehm, winner of the German National Championships against able-bodied competitors in 2014, said he had planned to write to IAAF President Sebastian Coe as part of his efforts to reach the Olympics.

The IAAF, however, have introduced strict rules which ban "the use of any mechanical aid, unless the athlete can establish on the balance of probabilities that the use of an aid would not provide him with an overall competitive advantage over an athlete not using such aid".

The 27-year-old claimed he is willing to make an initial compromise, stating he would compete against able-bodied athletes but not be ranked.

"That has happened in other competitions," said Rehm.

"I had a separate podium.

"If it is a Diamond League meeting, they get the prize money for winning.

"I think it is only the more vain competitors who could possibly object to such a scenario.

"I'm happy to win my medals in the Paralympics.

"But, yes, I would like to take part in the Olympics too."

A poll held in January on insidethegames found 63.04 per cent of voters were against Rehm being allowed to compete in the Olympics, with 36.96 per cent in favour of him being given the opportunity.

In what has been billed as a "historic" meeting by organisers, Rehm is due to face European and Commonwealth long jump champion Rutherford at the Glasgow Indoor Grand Prix on February 20.

The pair have competed against each other once before at the Fanny Blankers-Koen Games in Hengelo in The Netherlands in June 2014.

On that occasion, Rehm was 10th out of the 12-man field thanks to an effort of 7.44m, with Rutherford second on 8.24m behind Greek winner Louis Tsatoumas, who managed 8.25m.