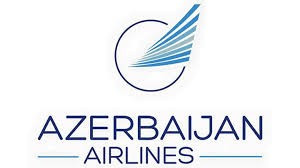 A cooperation agreement has been signed between the National Paralympic Committee of Azerbaijan Republic (ANPC) and Azerbaijan Airlines, which will see the carrier organise their athletes’ flights to Rio 2016.

Under the partnership, officially penned in capital city Baku, the airline will help carry Azerbaijani competitors to World Championships and World Cup events in cities which they fly to.

Azerbaijan Airlines will also allow for the exemption of sports equipment transportation from additional duties and will hold a series of joint activities aimed at increasing the development of Paralympic sports in the country.

Medal winners at Rio 2016, due to place from September 7 to 18, will be given free plane tickets, valid for a year, to any Azerbaijan Airlines destination.

“The Paralympic Games are one of the most prestigious competitions for athletes with disabilities,” ANPC vice-president Shaig Hamidov said.

“Selections for these competitions are held not only within national, but also global competitions.

“The support of Azerbaijan Airlines will make a great contribution to the development of Paralympic sports in our country.”

The airline, also known as AZAL, was a partner of the inaugural European Games, held in Baku in June of last year.

Blind judo was the only Paralympic sport on the programme.

“The Paralympic Games are an important and socially significant event in the development of sports in our country,” AZAL vice-president Eldar Hajiyev added.

“It is a great honour for us to support our athletes.”

Azerbaijan first appeared at the Paralympic Games in Atlanta in 1996, where they failed to earn a medal.

The country's best-ever showing came at London 2012, where they won 12 medals, four of which were gold.