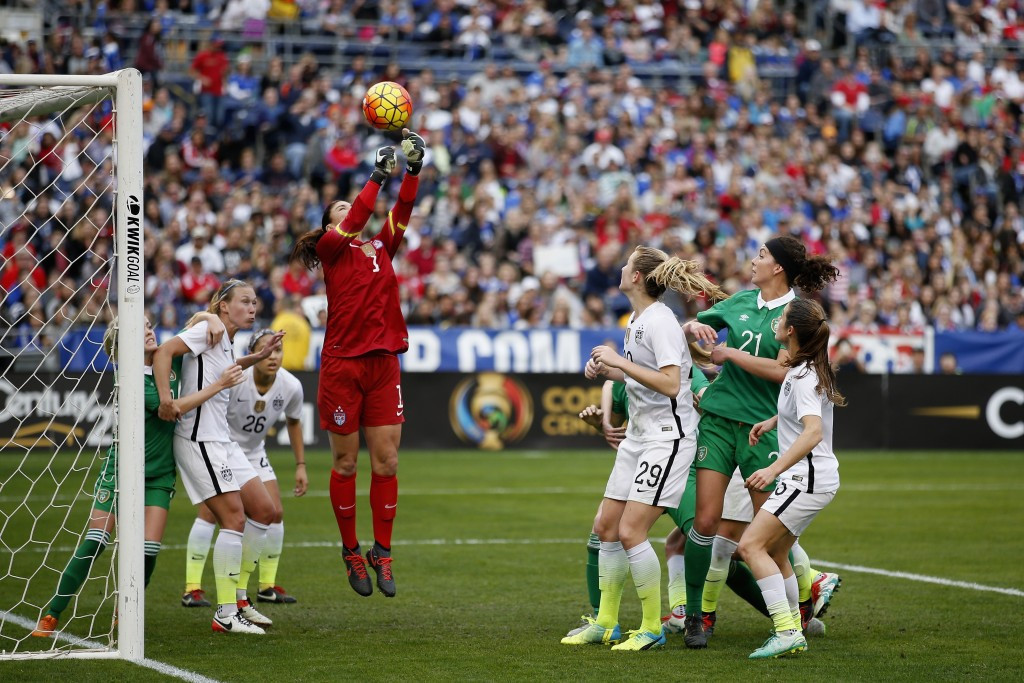 US Soccer have filed a lawsuit against the United States’ Women's National Team Players Association (USWPA) in a row over a collective bargaining agreement (CBA).

The Federation claim that a CBA has been in existence since 2013 and that it will expire on the December 31, 2016.

USWPA executive director Richard Nichols, however, has refuted its existence, which would enable the team to take action on and after February 24 regarding their labour rights.

In a statement, US Soccer confirm they have “reluctantly” filed a lawsuit and believe Nicols’s view is “inconsistent with the negotiating history and directly contrary to the position of the previous executive director”.

“We are confident the court will confirm the existence and validity of the current CBA, which has been in effect since US Soccer and the Women’s National Team Players Association reached agreement almost three years ago,” the statement read.

“During that time, U.S Soccer has complied with all its obligations included in the CBA.

“While unfortunate, we believe taking this action provides the parties with the most efficient path to a resolution, in an effort not to jeopardize the team’s participation in any competitions this year, including the 2016 Olympic Games.

“Obtaining a prompt resolution on the validity of the current CBA will allow both parties to focus on continuing negotiations in good faith on the next CBA that would start in 2017.”

One of the key issues raised in recent months by the American women’s team has been regarding the condition of pitches they have played matches on, with the side pulling out of a friendly against Trinidad and Tobago in December.

They had argued the condition of the synthetic surface at the Aloha Stadium, where the match was due to be played, was in a poor condition and would be too dangerous to play on.

Concerns had also been raised ahead of the 2015 FIFA Women’s World Cup in Canada, eventually won by the US team, with players from several countries claiming the surfaces heightened the risk of injuries.

The disagreement comes in the eve of the London 2012 gold medallists beginning their qualifying tournament for this year's Olympic Games in Rio de Janeiro, with matches scheduled to take place from February 10 to 21.

They are set to face the challenge of Puerto Rico, Mexico and Costa Rica in Group A of the competition in Dallas.

Meanwhile, Canada are due to meet Guatemala, Trinidad and Tobago and Guyana in Group B, which will be held in Houston.

The two teams who advance to the final of the tournament will earn places at Rio 2016.

The dispute comes just months after a similar row between Professional Footballers Australia (PFA) and Football Federation Australia, with the PFA claiming the players had not been paid for two months.

A tour of America was called off after a boycott of commercial and school events squad members were due to attend in Perth prior to the trip.

The organisations both came to an interim agreement to allow a tour of China to go ahead, with the PFA stating they were in the process of putting together a CBA for their members.