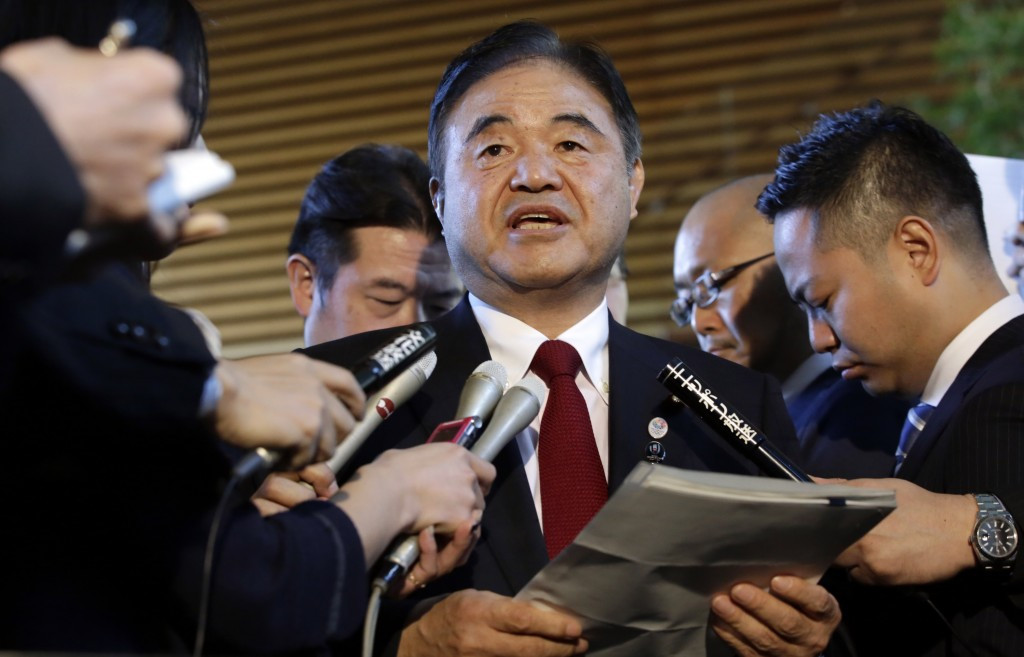 Tokyo 2020 Olympics Minister Toshiaki Endo has become embroiled in a cash-for-support scandal after reportedly admitting accepting money and gift vouchers from the founder of a company which provides English assistant language teachers to schools in Japan’s capital city.

Endo, who was appointed to his position last year, had accepted receiving the money but denied he had done anything wrong and claimed it had been properly documented in his political funds report.

Japanese newspaper The Mainichi claimed the cash may have been used to help influence the Education Ministry into throwing their support behind an initiative, which the unnamed Tokyo-based company was behind, to get more assistant language teachers in schools.

Endo has, however, called the allegations in the newspaper “erroneous” and that the article is “wrong and deeply regrettable”.

The Liberal Democrat also has the support of Japanese Prime Minister Shinzō Abe who insisted “my administration would never let cash affect its policies” during a Lower House Budget Committee meeting.

According to the Japan Times, an expert has said that Endo’s conduct was not criminal but there are fears it could undermine his position and his credibility within the Government.

It has been claimed, however, that he may have been in breach of a law which prevents members of the National Diet, Japan’s Parliament, from influencing “public contracts or another individual’s administrative decision”, according to Tomoaki Iwai, a political science professor at Nihon University.

Endo led a Liberal Democratic Party task force in 2013 which was charged with an overhaul of Japan's English educational system and it has been suggested that he used his position to sway the Education Ministry into backing the scheme from the unnamed company.

The news may come as another blow to Tokyo 2020 in the build-up to the Olympics and Paralympics, though it is not yet known whether Endo’s role as Olympics Minister is under threat.

Despite a series of setbacks and issues, including the plagiarism row over the original emblem for the Games and concerns about the new National Stadium, the International Olympic Committee recently declared that they “couldn’t be happier” with Tokyo 2020’s preparations.

Endo, a member of the House of Representatives and an Executive Board member at Tokyo 2020, was appointed as Olympic Minister in June.

He previously served as a Senior Vice-Minister of Education, Culture, Sports, Science and Technology and the 65-year-old will be expected to oversee smooth preparations for the Games.