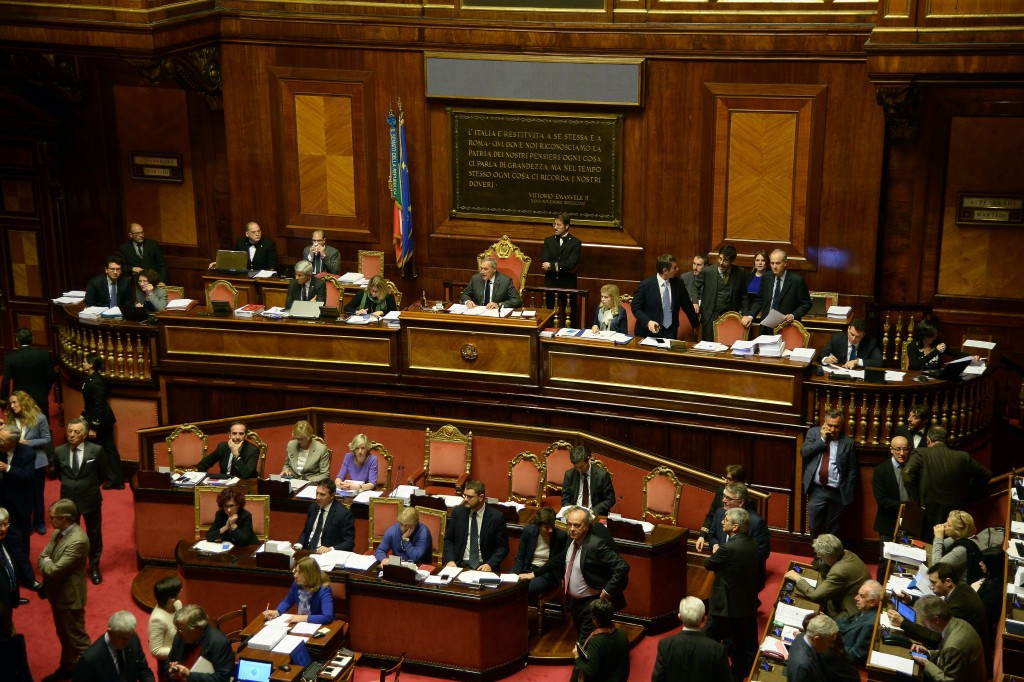 Italy's Parliament has rejected a motion to stage a referendum on whether or not Rome should bid for the 2024 Olympic and Paralympic Games.

Pressure to stage a referendum has increased in recent months, with a website having been set-up by the Italian Radicals Political Party, accompanied by a dossier entitled "Roma 2024: A very risky bet".

Bid Committee chairman Luca Cordero di Montezemolo had previously rejected the calls by claiming the Government had expressed maximum support for the bid.

He said their candidature had received the backing of Italian Prime Minister Matteo Renzi, who had stated there was “no chance” they would abandon their campaign.

The country’s Parliament have now thrown their support behind the bid, after opting to reject a motion by Stefano Fassina, a candidate for the Rome Mayoral election and leader of the left-wing Sinistra Italiana party, to stage a referendum.

The Chamber of Deputies rejected Fassina’s proposal by 288 votes to 114.

The vote will come as a major boost to Rome 2024, who believe the backing will help bring an end to calls for a referendum.

It had been reported that signatures from one per cent of the city's residents - around 30,000 people - would be enough to force a ballot.

“The Italian Parliament adopted, by a large majority, a clear and indisputable position on the candidature of Rome to the Olympic Games of 2024,” a Rome 2024 statement said.

“It is a strong yes, an expression of the popular will, which blows away controversies and gives to the city and the country an important opportunity for economic redemption and the revival of international image.

“We have the chance to show the world that Italy knows how to achieve its goals and is able, as happened with the 1960 Summer Olympics and more recently with Expo, to host highly successful events in total transparency.

“The Parliament’s vote is an act of responsibility for the future of the country, that wants to seize major challenges and is confident of achieving them with great effort and, above all, keeping in mind the new generations.”

While Rome 2024 believe the Games will provide an ideal opportunity to repair the reputation of the corruption-laden city, Fassina had stated prior to the vote that the capital could not wait until 2024 to have its image renewed.

“We support the Olympics, but we want to remind everyone, that in Rome we still see the bodies of concrete left by the world swimming and we pay the debts of the world's '90,” Fassina had written on his website, a reference to the 1990 FIFA World Cup held in Italy and the 2009 World Aquatics Championships in the capital.

“The station Farneto has cost 15 billion lire to be open four days, that I do not want any more.

“We ask to carry out a referendum to choose between Olympics and sustainable mobility, to redevelop the suburbs.”

With Fassina’s proposal having been rejected, one of the next key dates for Rome 2024 will be February 17, when they will have had to finalise and hand in the first part of their Candidature File to the International Olympic Committee (IOC).

Following the Parliamentary vote, the Italian Radicals Political Party have vowed to press ahead with their campaign for a referendum by continuing to collect signatures from members of the public.

"Parties in Parliament would like citizens to accept the risky bet of the 2024 Olympics blindly, without detailing anything about the project, its feasibility, or the objectives of the candidacy," said Riccardo Magi, Italian Radicals Political Party general secretary, in a statement.

"We do believe that parties should not decide on such matters, since they often protect interests of specific groups, on the contrary, we would like to involve citizens in the decision process with a referendum, as other cities like Hamburg, Munich, Oslo or Krakow have done.

"Before the referendum there needs to be a serious and transparent political debate on the costs and benefits of the Olympics, which would give citizens an opportunity to get all the information they need to make an informed choice.

"Such a debate is the only way the Olympic Committee can gauge the real public support received by their proposal and show the citizens of Rome what actually are the supposed benefits they should get in terms of services and infrastructure investments."

Budapest, Los Angeles and Paris are the other cities in the running for the 2024 Olympics and Paralympics.

Hamburg withdrew after a referendum in the German city voted down the Olympic plan, while Budapest have also faced calls to hold a vote.

The IOC is due to elect the host city at its Session in Lima in September 2017.