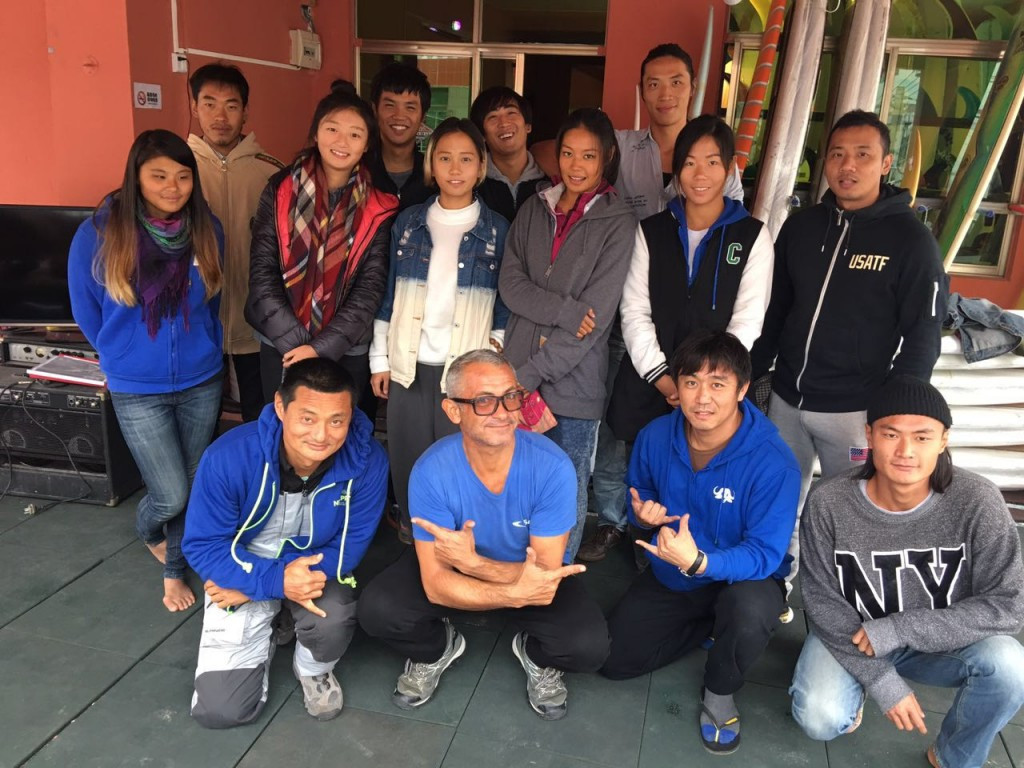 The training was led by Nik Zanella and held at the newly-opened White Castle surf centre which features a gym, shaping room, shop, and guest house.

Of the 14 participants, many of them came from Chinese cities such as Sanya, Shenzhen, Fuzhou, Chengdu and Wanning.

Sweden’s Natalie Gevert and Switzerland’s Daniel Frattini gave an international feel to the seminar that for the first time used an English and Chinese surf manual and was simultaneously translated with the help of two interpreters.

"I’m quite happy with the trainees this year," said Zanella.

"Most of them showed to be competent in the water and on land.

"It was also a great chance to meet the new generation of Chinese instructors from all over the country.

"We are happy with the interest shown for ISA training.

"We also plan on organising a judging and a surf rescue course soon, as a few of the most experienced surfers are already helping the judging panel at the local ISA and WSL (World Surf League) competitions as spotters and beach marshals."

The ISA claims there is no better venue in China for level one training than Houhai - a crescent shaped bay 45 kilometres east of Sanya - owing to its "constant waves, efficient public transportation and beginner-friendly beach".

"It’s always a pleasure to host initiatives like these," said Wu Hua, general manager of White Castle and a certified instructor himself.

"We are creating a multi-purpose surf centre, and the support of Nik and of the ISA is another step in the right direction."

In September, surfing was one of five sports recommended for inclusion on the Olympic programme at Tokyo 2020 along with baseball and softball, karate, skateboarding and sport climbing.

The following month, ISA President Fernando Aguerre confirmed that surfing competitions would take place in natural ocean waves rather than in an artificial wave pool if the sport is added to the programme.

More discussions are set to take place within the International Olympic Committee ahead of a final decision at next summer's Session in Rio de Janeiro.