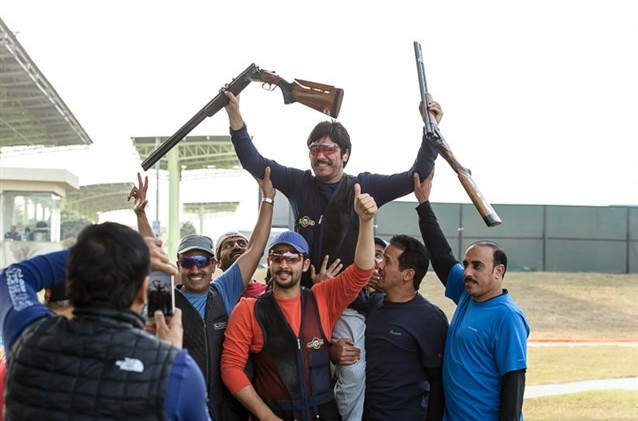 Kuwait's Abdulrahman Al-Faihan claimed the men's trap gold at the Asia Olympic Shooting Qualifier in New Delhi today, despite being forced to compete as an "independent participant" due to his nation's suspension from the International Olympic Committee (IOC).

This follows the IOC refusing to recognise last year's Asian Shooting Championships in Kuwait City following the ban coming into force in October due to a controversial new sports law which supposedly threatened the independence of sporting bodies.

A replacement Olympic qualifier therefore had to be hastily aranged, with New Delhi stepping in.

Al-Faihan beat Taiwan's Yang Kun-Pi in the final after hitting an impressive 14 of his 15 targets.

Another Kuwaiti in Talal Alrashidi claimed bronze after overcoming India’s Kynan Chenai in the third-place playoff.

Only one quota place was available for each team, meaning that fifth-placed Andrey Mogilevskiy of Kazakhstan claimed the final spot.

"We are going to the Olympic Games.

“We train together in Japan so to win the quota with him is amazing.”

Action will continue tomorrow with with the men's 50 metre pistol and the men's 10m air rifle competitions.