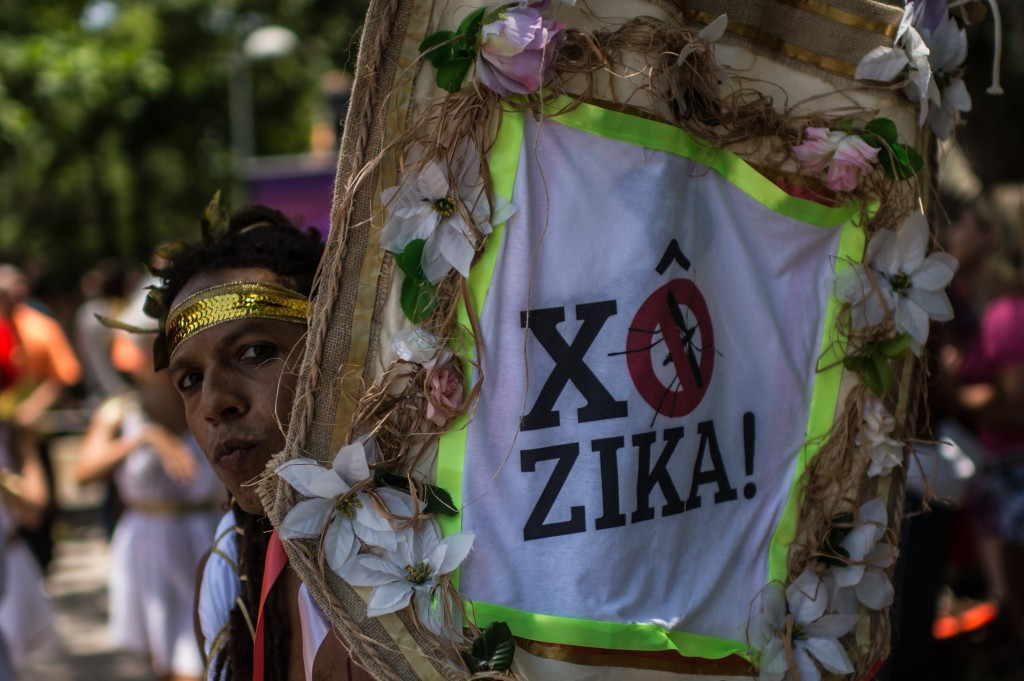 British athletes are to receive advice in the build-up to this year's Olympic and Paralympic Games in Rio de Janeiro due to concerns regarding the Zika virus outbreak in Brazil.

Cases of the virus, which is spread by mosquitoes, have boomed in recent months, with infected patients typically suffering symptoms including fevers, rashes, joint pain and conjunctivitis.

Last week, the United States Center for Disease Control and Prevention (CDC) recommended that pregnant women and those trying to become pregnant should not travel to areas currently affected by the outbreak.

Pregnant women have been deemed at risk with the virus being linked to a rise in the number of children being born with birth defects.

It came after 3,893 cases of microcephaly, which can lead to babies being born with small heads and under-developed brains, were reported in Brazil between October 2015 and January 2016.

A British Olympic Association spokesperson told the BBC that they had been talking with specialists at the London School of Tropical Medicine and would monitor the situation over the coming months.

They promised they would aim to give members of the British team “the most up-to-date travel medicine advice, which includes information on bite prevention strategies.”

"This information has already been shared with all sports and it will be continually updated prior to departure for the Olympic Games," the statement continued.

Rio 2016 organisers have already revealed they will be inspecting Games venues on a daily basis as they attempt to protect athletes and spectators.

Brazil’s Minister of Health, Marcelo Castro, has announced a national awareness campaign has been launched to inform the public of preventative measures which can be taken, while encouraging them to eliminate breeding sites of mosquitoes, which carry the dengue, chikungunya and Zika viruses.

"We try to visit as many states as possible," he said.

"We have to combat this mosquito, it is transmitting the highest severity diseases, including the Zika which has caused the microcephaly.

“We have no cure and no vaccine against Zika virus, so the only way we have to control this epidemic is destroying all potential mosquito breeding sites.

“Two-thirds of breeding grounds are within the home, therefore, we need to mobilise the whole society, otherwise we will not succeed.”

Additionally, the Ministry of Health have also announced that 500,000 molecular biology tests will be distributed nationally to improve diagnostics and allow for a greater study of samples.

The boom in cases follows an increase in the number of mosquitoes, which authorities believe stems from residents opting to store containers of water throughout a drought last year.

The public have been asked to invest 10 minutes a week to eliminate possible breeding sites near their homes, while clearing gutters of standing water, sealing rubbish bags and putting sand in the saucers of potted plants are among the suggestions to stop mosquitoes laying eggs.

The situation is adding to a troubled build-up to the Olympic and Paralympic Games, with a state of emergency declared in Rio de Janeiro State in December after funds to maintain the operation of its public health system dried up.

Several hospitals and outpatient facilities were forced to close but authorities have since received BRL$297 million (£51 million/$75 million/€69 million), including funding from the Federal Government.

Around R$100 million (£17 million/$25 million/€23 million) was provided in the form of a loan by the Rio City Government, to bring the State health system back to a functioning level.