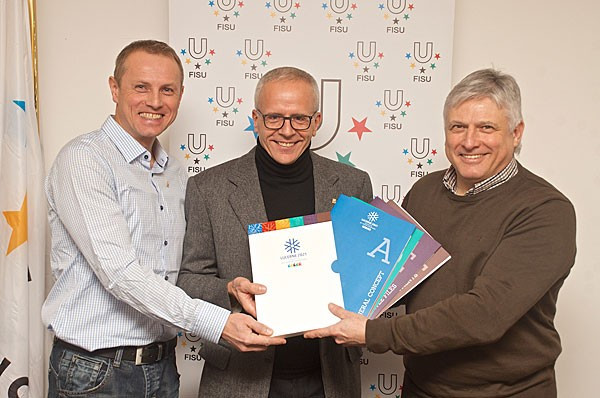 Lucerne have presented their plans for the 2021 Winter Universiade and appear set to become the first Swiss city to host the event for 59 years as they are the only bidder.

The International University Sports Federation (FISU) plan to evaluate Lucerne's bid during a special visit from February 10 until 12.

Providing it meets all of FISU's criteria, the ruling Executive Committee are expected to formally award the Games to Lucerne, located in central Switzerland, at its meeting in Brussels on March 5.

The official bid documents were delivered to the FISU chief executive Eric Saintrond and Director of Winter Universiade Milan Augustin at the organisation's headquarters in Brussels by a delegation from Lucerne representing the Governments of the cantons of Central Switzerland and the City of Lucerne and headed by Urs Hunkeler,

Under Lucrene's proposal, there will be nine sports on the programme.

Alpine skiing would be held at Stoos, which is located at the foot of the Fronalpstock mountain on a sunny Alpine plateau of the same name at about 1,300 metres above Lake Lucerne.

Due to its location on the shore of Lake Lucerne, within sight of Mount Pilatus and Rigi in the Swiss Alps, Lucerne has long been a popular destination for tourists.

The last time Switzerland hosted the Winter Universiade was in Villars in 1962 when 332 athletes from 23 countries took part.

They won a total of seven medals, including five gold.

The next Winter Universiade is due to take place next year in Almaty, Kazakhstan's largest city.

The 2019 edition has been awarded to Krasnoyarsk in Russia.