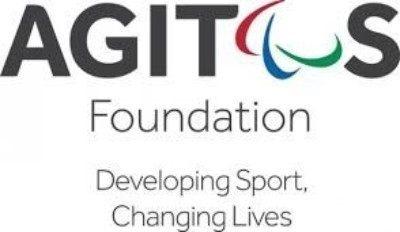 A series of workshops and grants for equipment will be delivered by the Agitos Foundation and Pyeongchang 2018 organisers as part of the legacy of the next Paralympic Winter Games, it has been announced.

Funding will also be made available for National Paralympic Committees (NPCs) to purchase equipment, with the aim of helping them grow the next generation of athletes.

“By working with Pyeongchang 2018 we aim to make it easier for people to participate in winter sports by providing better coaching, access to equipment and education," said Georg Schlachtenberger, director of the Agitos Foundation, the International Paralympic Committee's (IPC) development arm.

"This project follows on from the success of similar projects we have implemented for summer sports working with the Rio 2016 Paralympic Games and the Toronto 2015 Parapan Am Games Organising Committees.

“Working with Toronto 2015 and Rio 2016 we have trained hundreds of sport managers, coaches and athletes using this approach and they have gone on to great success, medalling at major international competitions and qualifying for Rio 2016.

“Winter sports can be expensive and are not generally as accessible for people with impairments.

"We want to change that and make it easier for NPCs and International Federations to develop their programmes.”

The programme is due to begin with a youth snow sports workshop in Stara Planina in Serbia, between January 25 and 28.

Around 50 developing Alpine skiers and snowboarders, along with 20 coaches and 20 sport managers from eastern European countries will take part in coaching courses and athlete education on and off the snow.

An ice sledge hockey training camp  is planned for Novi Sad in Serbia, between February 21 and 26, featuring a tournament, coaching course and athlete education.

The last of the European sessions is scheduled to take place in Tallinn in Estonia, between March 3 and 7, involving 25 wheelchair curlers and 10 coaches.

The initiative comes after the IPC warned Pyeongchang this week that they must do more to raise awareness of Paralympic sport ahead of the Games.

"We are committed to providing participation opportunities to athletes in more countries through the Actualising the Dream special project of the 2018 Pyeongchang Paralympic Winter Games," said Pyeongchang 2018 secretary general Hyungkoo Yeo.

“We are jointly hosting this workshop and sport camp with the Agitos Foundation.

"Through this event we are expecting to grow public interest in the Paralympic Winter Games and to raise awareness of Paralympic sports."