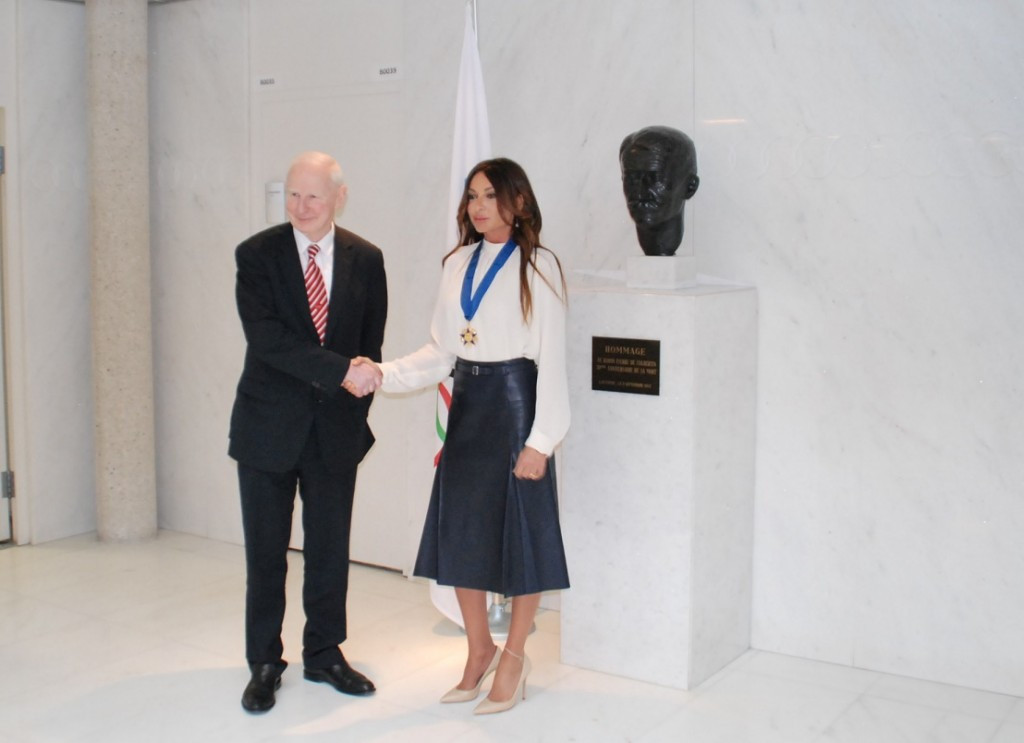 Azerbaijan First Lady Mehriban Aliyeva has been awarded the European Olympic Committees (EOC) Order of Merit here this morning in recognition of her "contribution to sport and the Olympic Movement".

She had chaired the Organising Committee for last year's inaugural European Games in Baku.

Aliyeva, whose husband Ilham Aliyev is President of Azerbaijan, received her award from EOC President Patrick Hickey ahead of the organising holding its first Executive Committee meeting of the year later today.

"Thank you for such a warm welcome here today," she told officials from the EOC.

"I was a bit surprised about this award," Aliyeva said.

"I am accepting it on behalf of the whole Baku 2015 Games, which marked a historic moment for sport and Azerbaijan.

"We had only two-and-a-half years for preparation but it was a common opinion that the Games became a real success."

Recent recipients of the EOC's highest distinction include IOC President Thomas Bach and Russia's Vitaly Smirnov, who at the end of last year stood down as an IOC member after 44 years of service.

Hickey praised Aliyeva for the "hands-on" commitment she showed in the build-up to and during the Games.

She was initially due to receive her award at November's EOC General Assembly in Prague in front of the full EOC membership, but was unable to attend due to a diplomatic engagement.

Her honour will raise eyebrows in some areas, however, due to concerns over Azerbaijan's human rights record.

Hickey and the EOC received similar criticism in 2008 after Belarus President Alexander Lukashenko was honoured "for his Outstanding Contribution to the Olympic Movement".

Hickey promised Aliyeva that the European Games dream remains "alive and well" despite no host having been officially named for the second edition in 2019.

Russia is due to be named as replacement host following the withdrawal of The Netherlands last year, but the announcement has been delayed due to the World Anti-Doping Agency's Independent Commission's allegations of systemic doping across Russian athletics.

"There will be an announcement and one that you are very happy with," promised Hickey, a member of the IOC Executive Board.

The Irishman also praised President Aliyev, who also heads the National Olympic Committee of the Republic of Azerbaijan, as a "fantastic visionary" and "a great man".

He did not attend the ceremony as he is currently visiting the World Economic Forum in Davos.