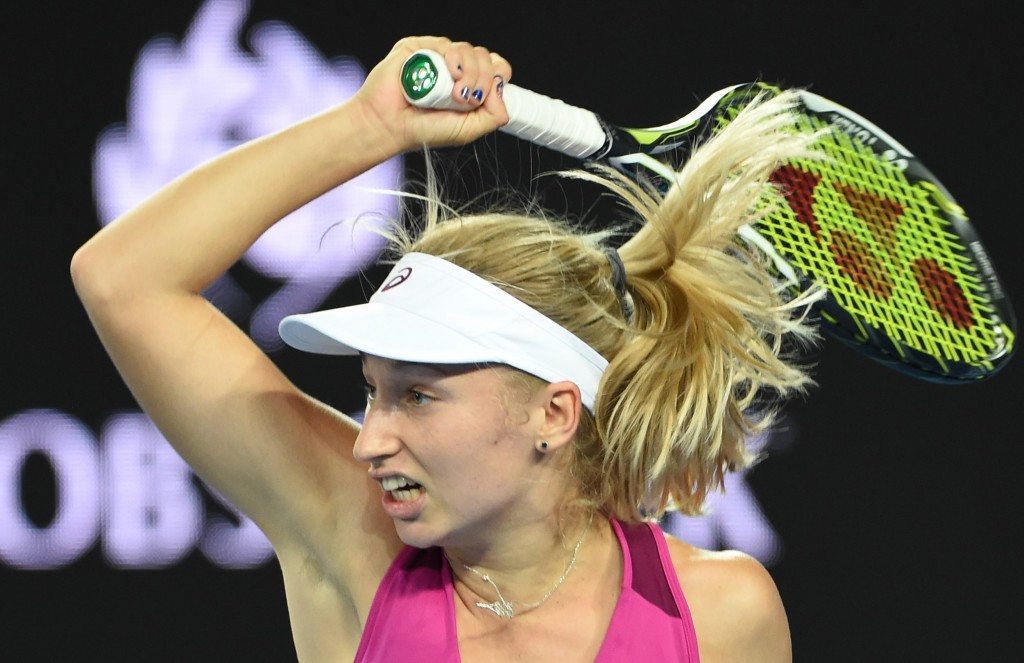 Australia’s Daria Gavrilova reached the third round of a Grand Slam for the first time of her career by recording a surprise straight sets victory over the Czech Republic’s Petra Kvitova at the Australian Open in Melbourne.

Gavrilova had been hoping to continue her recent form, having won the Hopman Cup with Nick Kyrgios earlier this month, but the Russian-born player still headed into the second round tie at the Rod Laver Arena as the underdog against her sixth seeded opponent.

The world number 39, however, recovered from being broken on two occasions by Kvitova to win the opening set 6-4.

The 21-year-old, who has earned Summer Youth Olympic Games and US Open girls titles, continued the momentum into the second set, earning a decisive break of serve to wrap up a 6-4, 6-4 win.

Kvitova, the two-time Wimbledon champion, proved to be the most high profile casualty on the third day of the tournament, with defending women’s champion Serena Williams cruising to a 6-1, 6-2 win over Chinese Taipei’s Hsieh Su-Wei.

The six-time winner, whose preparations for the tournament were disrupted by a knee injury, claimed she was now untroubled by the problem and is finding form.

“I don't think I made that many errors today,” the American said.

“Something I was hopefully trying to get back into.

“And I moved much better today, I think, so slowly but surely feeling a little bit better.”

Maria Sharapova, aiming to win her Australian Open title since 2008, also came through her tie against Belarus’ Aliaksandra Sasnovich unscathed, the Russian winning 6-2, 6-1.

The men’s top seeds enjoyed a routine day, with defending champion Novak Djokovic breezing into the third round as he looks to secure a record sixth crown.

Switzerland’s Roger Federer was provided with a challenge in the second set of his match against Ukraine's Alexandr Dolgopolov, but the four-time winner ultimately came through with a straight sets 6-3, 7-5, 6-1 win.

There was further success for the home crowd to celebrate as Nick Kyrgios came through his second round tie against Uruguay’s Pablo Cuevas 6-4, 7-5, 7-6.