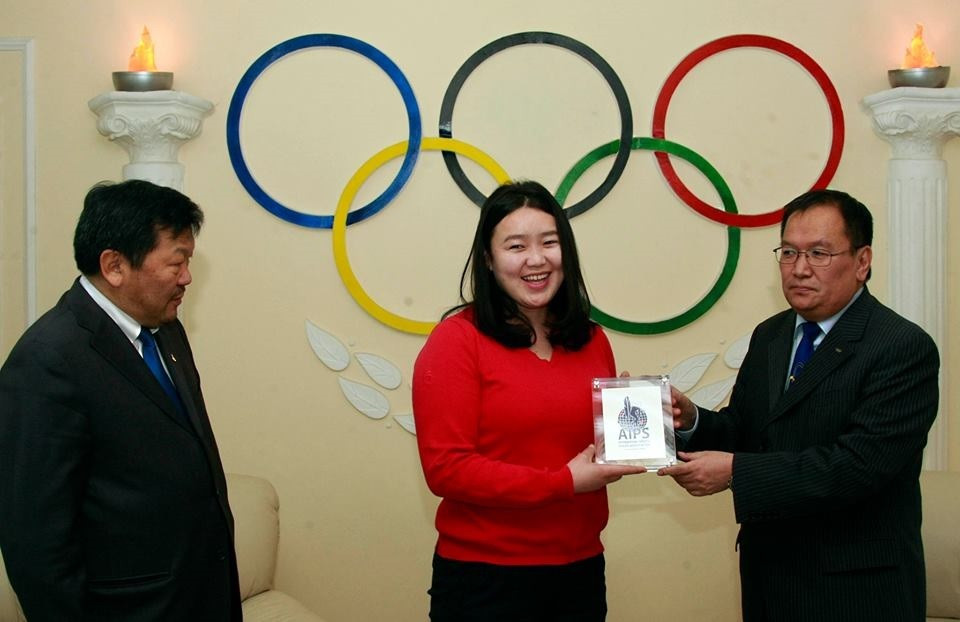 Tsetsegmaa was presented the honour at a ceremony held at Olympic House in capital Ulaanbaatar, with MSPU President Ch Otgonbaatar and MNOC secretary general Jugder Otgontsagaan among those in attendance.

The International Sports Press Association (AIPS) had also worked with MNOC and MSPU to decide the winner.

The 29-year-old journalist was crowned as the winner following her coverage of the 2015 Wrestling World Championships, which took place in Las Vegas, United States.

It proved to be a successful Championships for the Mongolian team as they came away with five medals, including a gold for Soronzonboldyn Battsetseg in the women’s 63 kilogram freestyle event.

In addition to her work in Las Vegas, Tsetsegmaa also provided coverage from the Wrestling World Cup event in Saint Petersburg, Russia, and fronted a series of television programmes titled “Lucky Sporting Evening”.

Her programmes "Creators for History" and "Endless Joy" have also been well received in Mongolia, with a high number of viewers having been reported.

The honour is the second Tsetsegmaa has received in recent months after she was named as the recipient of the Mongolian Athletics Federation’s Best Journalist Award for 2015.