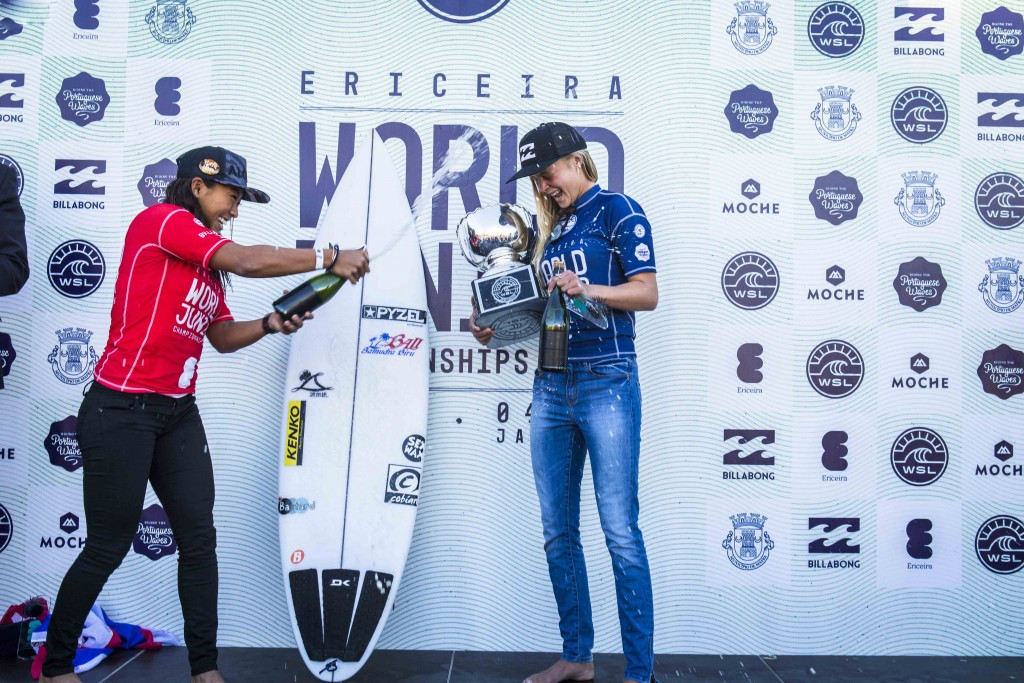 Nichols started building early in the showdown against American Maeda with an excellent 8.93 applying pressure on her opponent.

The 18-year-old continued to build momentum and delivered a superb 9.37 for her polished aggressive forehand attack on the long Ribeira walls.

It earned her a winning combined heat total of 18.30 points in clean three-to-four foot waves, smashing Hawaiian Maeda’s score of 11.16.

"I’m so happy, I don’t even know what to say I’m speechless," said Nichols.

"I was lucky to get those two waves - I didn’t know what was happening because we couldn’t hear any scores.

"When I heard I had a good lead I started to calm down a bit and nothing really came through after that.

"It was the longest heat of my life for sure."

Despite being one of the strongest surfers all week, an uncharacteristically slow start from 17-year-old Maeda left her chasing scores in the final, while Nichols kept choosing the right waves in the clean line-up.

Meanwhile in the men’s final, Brazil’s Lucas Silveira posted a total of 16.17 points to beat Guadeloupe’s Timothee Bisso by a margin of 4.43.

Silveira was undoubtedly the form surfer of the entire competition, setting high scores in all conditions, culminating with the only perfect 10-point ride of the event yesterday.

The 19-year-old completed his campaign with a solid start in the final and remained extremely active throughout the 35-minute bout to eventually come out on top.

"It’s been a long two weeks here, a lot of waiting and then finally the waves were firing.

"The final was really slow - I started good and thankfully I finished well too.

"I’ve had a crazy event here, my lowest heat was a 15 something.

Australia’s Soli Bailey lost to Bisso in the first of the men's semi-finals and was joined on the third step of the podium by Italy’s Leonardo Fioravanti, who fell to a last-four defeat against Silveira.