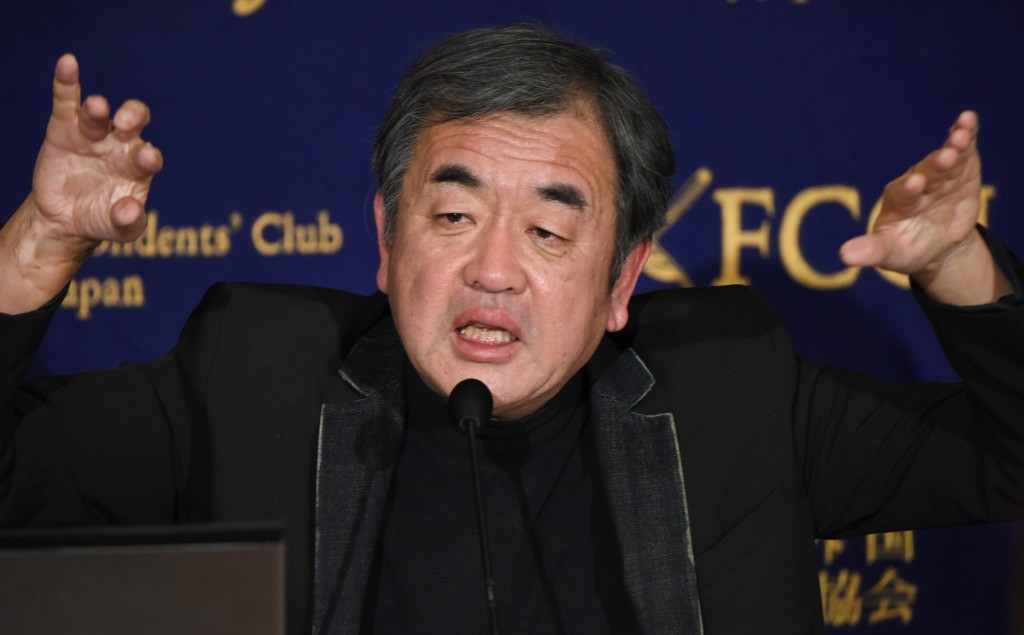 The architect of Tokyo 2020's replacement Olympic stadium has denied that he copied the previously scrapped venue - and claims that the two designs are "very different".

A blueprint by Kengo Kuma was selected to be the showpiece of the Games in the Japanese capital last month after an initial design by Iraqi-British architect Zaha Hadid was axed due to rising costs.

However, a statement by Zaha Hadid Associates (ZHA) yesterday claimed that there are "significant similarities between the structure, layout and numerous elements" of both stadiums.

The company also say that they have been asked by the Japan Sports Council (JSC) to give up the copyright of their design in exchange for an overdue final payment.

That has further added to suspicions that the stadiums have similarities but Kuma, a Japanese designer, has hit back.

"I believe if you take a look at Zaha Hadid’s design and mine, you can see very different impressions of the building,” he told a press conference in Tokyo.

Kuma added that his design was low and flat, in comparison to Hadid's which he described as being like a "saddle".

However, he did concede that with both architects having to meet certain criteria for the stadium, some aspects would appear the same.

The "concept" of the two stadiums would still be completely different, he insisted.

"Any similarities in terms of the seating arrangements and the angles are a result of the conditions of the project," he said.

He has come up with a steel and wood structure which features a large amount of greenery surrounding the stadium, a design which one critic said reminded him of McDonald's Big Mac.

ZHA's design was scrapped in July when costs climbed to ¥252 billion (£1.3 billion/$2 billion/€1.8 billion), which was thought to be double original estimates.

The British firm had wanted to work on cheaper proposals but had to withdraw from the re-opened process when they were unable to find a construction company to partner with.

This was a key requirement but ZHA argued it restricted themselves and other companies from taking part.

ZHA say they hope discussions will resume with the JSC shortly over the copyright issue, after claiming that they were asked to "consent without objection" to handing over their intellectual property.

The row has surfaced at a far from ideal time for Tokyo 2020, who are also dealing with revelations in the World Anti-Doping Agency Independent Commission report, which suggested that an athletics sponsorship deal may have unfairly influenced their victory in the race for the Games.

A plagiarism row also led to the initial logo for the Games being scrapped, with a replacement not yet selected.