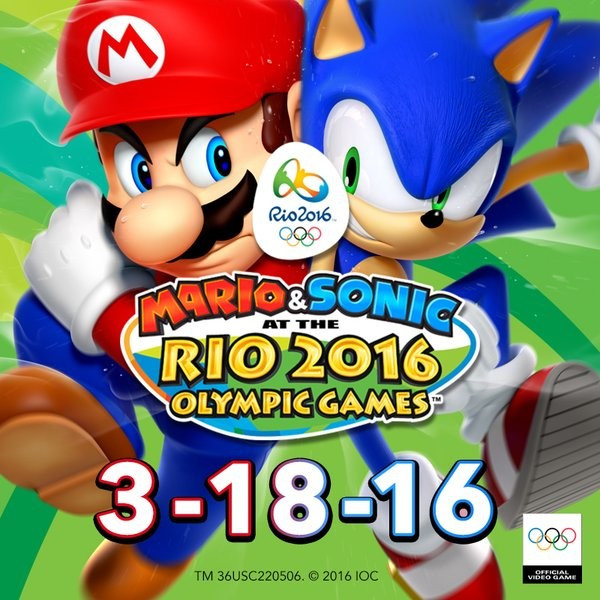 Nintendo has announced the American release date for the video game Mario and Sonic At The Rio 2016 Olympic Games for 3DS devices.

The game, the latest sporting collaboration between Nintendo and Sega, is scheduled to hit shops across America on March 18.

On the 3DS handheld system, a variety of mini-games will be playable throughout a digital version of the Olympic host city Rio de Janeiro.

Players will be able to use their favourite characters from the Mario and Sonic franchises to play sports such as football and beach volleyball, which have historically been popular sports in the host nation.

Golf, which is making its return to the Olympics after an absence of 112 years, will be exclusively available to play on the 3DS.

While Nintendo of America have confirmed the release date of 3DS, they are yet to confirm when the Wii U version of the game will become available.

They have revealed, however, that rugby sevens, which is will be making its Olympic debut this year, will be exclusive to the Wii U game.

It will be the fifth edition of the series, after Nintendo and Sega joined forces to produce games for the Beijing 2008, Vancouver 2010,  London 2012 and Sochi 2014.

Sega character Sonic the Hedgehog was developed as a rival to match Nintendo's flagship mascot Mario in the 1990s but following the collaborations the legendary pair have featured in several mini-game series against each other.

The Japanese release date for the game, which is licensed by the International Olympic Committee, has already been confirmed as February 18.

A date for the game to go on sale in Europea has not yet been announced.