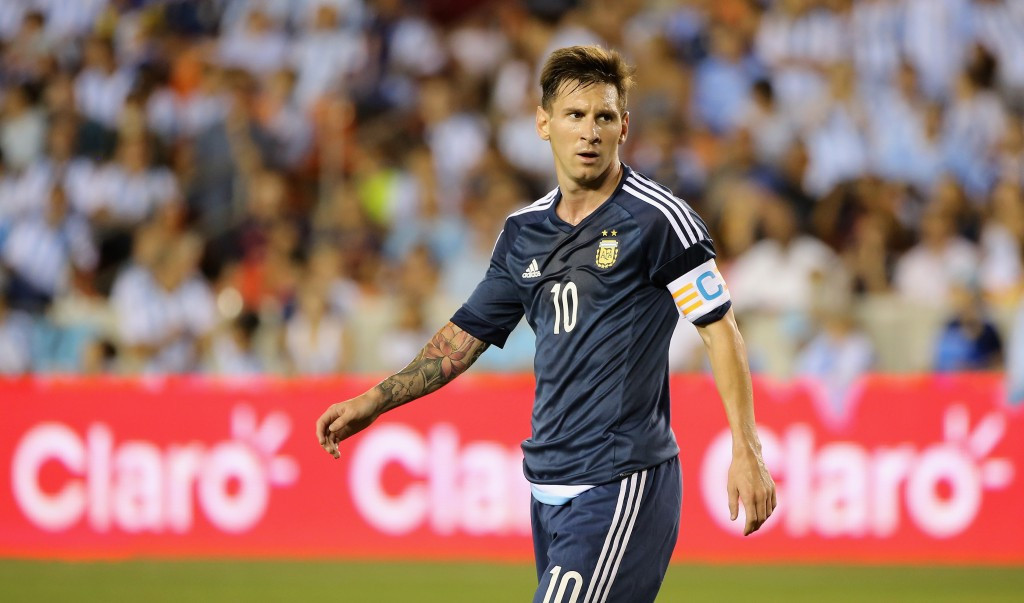 Argentina star Lionel Messi will not represent his country at this year's Olympic Games in Rio de Janeiro, instead preferring to have a break ahead of Barcelona's 2016- 2017 La Liga season, the country's head coach Gerardo Martino has confirmed.

The 28-year-old, yesterday named as the winner of the FIFA Ballon d’Or for a record fifth time, will play instead in the Copa América Centenario tournament, due to take place in the United States in June.

The forward will then undergo a rest period before the Spanish domestic season is due to begin in August, meaning he will not travel to Rio de Janeiro as part of an Argentinian squad who will be among the favourites for the gold medal.

“Exposing Leo by using him in another competition after all the football he has played would be overkill, in my opinion,” Martino said.

“It would come back to haunt us in terms of what we have in store in the second half of the year.

"Common sense dictates that he and other players in his position should only feature in the Copa América.

"Considering the amount of football in their legs, because many of our most important players reach the latter stages of international competitions having played a lot of games, I think it is only logical to take the weight of having to play in both the Copa América and the Olympics off their shoulders.

"I see it as more important for them to be in good shape for World Cup qualifying, for them to be able to spend pre-season with their clubs and have a break after the Copa America."

Messi already has an Olympic gold medal to his name as he was a member of the Argentina team which beat Nigeria 1-0 at the Bird’s Nest Stadium at the Beijing 2008 Games.

His participation at the event was, however, shrouded in controversy after the Court of Arbitration for Sport (CAS) ruled in favour of Barcelona, who had appealed that FIFA’s insistence that clubs release all players under the age of 23 for the tournament was not enforceable.

The CAS decision seemed to have put paid to Messi’s chances of playing for Argentina but then Barcelona coach Pep Guardiola eventually agreed to release him for the competition.

Argentina failed to qualify to defend their title at London 2012.

Messi’s teammate Neymar, third in the race for the Ballon d’Or behind Real Madrid’s Cristiano Ronaldo, looks set to play for Brazil at Rio 2016 as one of his nation’s over-age squad members after head coach Dunga revealed he wanted the striker in his team for the event.