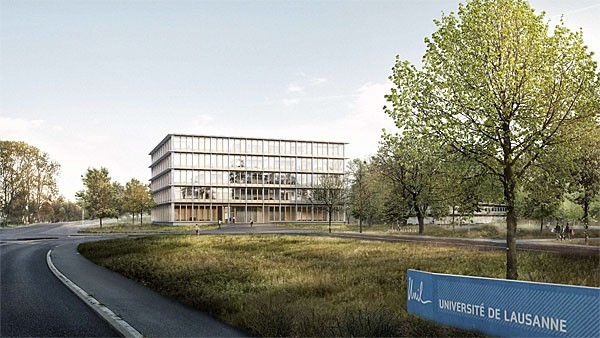 Construction of the new International University Sports Federation (FISU) headquarters is scheduled to get underway on January 18, it has been announced.

The project, estimated at a cost of CHF27 million (£18.7 million/$27.9 million/€24.8 million), will develop a centre on the Dorigny campus of the University of Lausanne.

Titled the “Synathlon”, the centre will become the host of four entities which are specialised in the promotion, teaching and research in the field of international sport.

The latter consists of representatives of the Canton of Vaud, the City of Lausanne and the International Olympic Committee (IOC).

Each of the four organisations are due to have partitioned workspaces, offices and small meeting rooms in a peripheral ring.

The central core will feature several collective spaces, with the facility aimed at having the bodies work together on complementary activities.

On the ground floor there is due to be a 200 seat auditorium, four classrooms for seminars and a cafeteria.

FISU will occupy the entire fourth floor and half of the third floor in the four-storey building, with the organisation due to have a space of 1,600 metres squared at the headquarters, which is located at entrance to the university’s campus and opposite the University Institute of Sports Science.

It is claimed the project embodies a policy of hosting International Federations and organisations in the Canton of Vaud and the City of Lausanne.

The build will begin with installation work and a land clearing phase, while the overall construction is scheduled to be completed by late 2017.

FISU is currently based at the Maison du Sport International in Lausanne, also home to a number of the International Federations and is located in close proximity to the headquarters of the IOC.