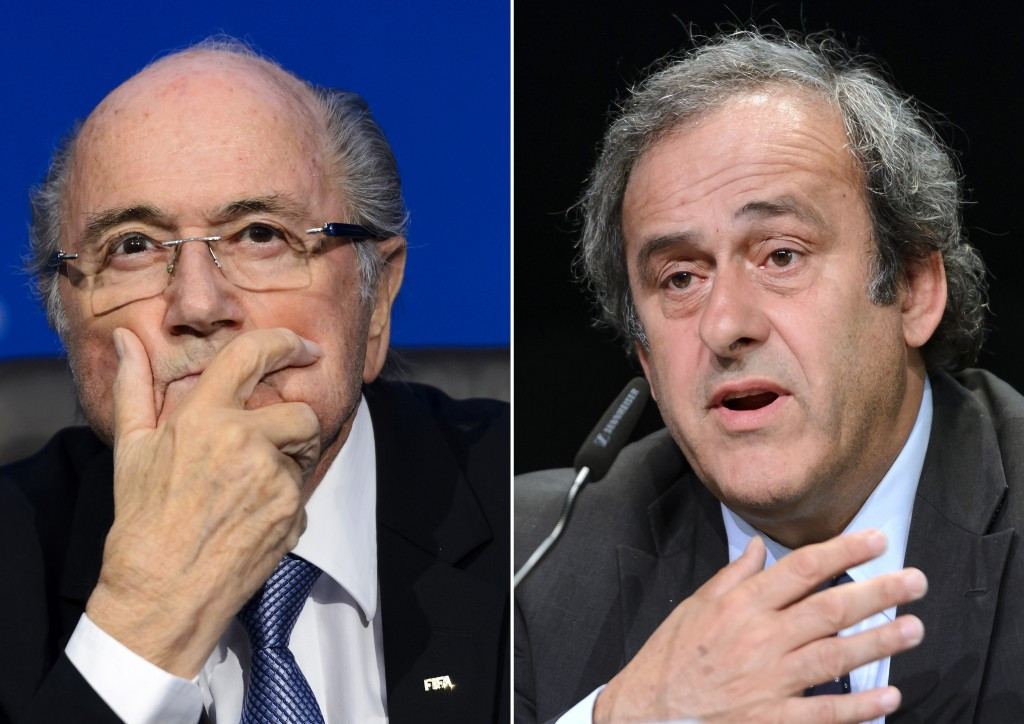 The Investigatory Chamber of the FIFA Ethics Committee today confirmed it will appeal the eight-year suspensions given to FIFA President Sepp Blatter and UEFA chief Michel Platini in a bid to get them banned for life.

They feel the punishment handed down to the Swiss and the Frenchman over an alleged “disloyal” payment of CHF2 million (£1.4 million/$2 million/€1.8 million) made to Platini by Blatter by the Adjudicatory Chamber was too lenient.

It had been reported that the Investigatory Chamber had called for life bans and were disappointed that the pair were both suspended for only eight years.

“I can confirm that we intend to appeal,” a spokesperson for the Investigatory Chamber said.

Their decision to counter-appeal has raised the possibility that Blatter and Platini may yet be banned from all footballing activity for life and there is precedent for this to happen.

In 2013, Vernon Manilal Fernando of Sri Lanka, then a member of the FIFA Executive Committee, was suspended before prosecutor Michael Garcia successfully appealed.

The Sri Lankan's lifetime ban was confirmed in March of last year.

Ethics judges ruled that Blatter broke rules on conflicts of interest, breach of loyalty and offering gifts, while Platini breached regulations on conflict of interest and loyalty.

The 79-year-old Swiss, whose tenure at the helm of world football’s governing body is due to come to an end at the Extraordinary Congress in Zurich on February 26, and Platini, who recently announced his withdrawal from the race to replace Blatter, have both confirmed they will appeal.

Blatter was expected to appeal the ban and has always denied any wrongdoing, previously insisting that only FIFA’s Congress had the power to remove him from a position he has held since 1998.

Both the Swiss and Platini were told they would be unable to bypass the Appeals Committee and go straight to the Court of Arbitration for Sport.

They have each vowed to exhaust every legal avenue possible in a bid to clear their names.

Platini, who scored 41 goals in 72 internationals for France, is likely to dedicate all of his focus to his bid to get his suspension overturned after he called an end to his attempt to succeed Blatter last week.

Their appeals came after the FIFA Ethics Committee confirmed in a statement that the written decisions for both suspensions had been given to Blatter and Platini.