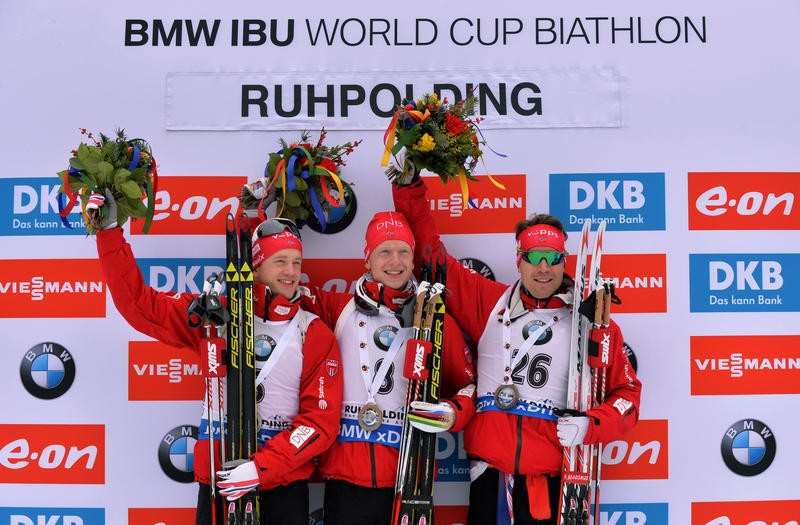 Bø edged brother Tarjei to gold as he finished the course in a time of 21min 57.5sec, with Emile Hegle Svendsen completing the Norwegian dominance by clinching third place.

Defending overall World Cup champion Martin Fourcade of France could only manage fourth as he was 10.9 seconds adrift of the winning time.

The Frenchman, double gold medallist at the Sochi 2014 Winter Olympic Games, still leads the way in the overall standings on 427 points ahead of Svendsen, whose third-place result moved him into second in front of fellow Norwegian Ole Einar Bjørndalen, who missed out on competing today due to illness.

Despite the victory in Ruhpolding, Bø still sits in ninth place after a disappointing start to the season, 203 points behind leader Fourcade.

“But I also had the same feeling in Ruhpolding's sprint last year, when I won.

"I think it was good to start early; I tried to focus on every curve and turn.

“I was trying to recover from my performance during my Christmas break.

“I wanted to go back to the Johannes from last year.”

Germany's Franziska Hildebrand, part of her country's team which won gold in the 4x6km relay event at last year's World Championships, claimed the women's honours as she finished the 7.5km race in a time of 19:46.5.

Overall World Cup leader Gabriela Soukalová was second, 1.3 sec behind, and Kaisa Mäkäräinen secured the final spot on the podium as she was third.

Soukalová remains the competitor to beat as she has 413 points, with France's Marie Dorin Habert her closest challenger on 374.

The competition, the fourth stop on the IBU World Cup calendar, was originally scheduled to take place in Oberhof but the German Ski Federation informed the IBU that they would be unable to stage the event due to weather conditions in the town last month.

A lack of snow was cited as the reason for the venue needing to be changed and the IBU opted to name Ruhpolding, which is more than 450km away to the south, as the replacement.

The World Cup will continue tomorrow with the men's and women's pursuit races.