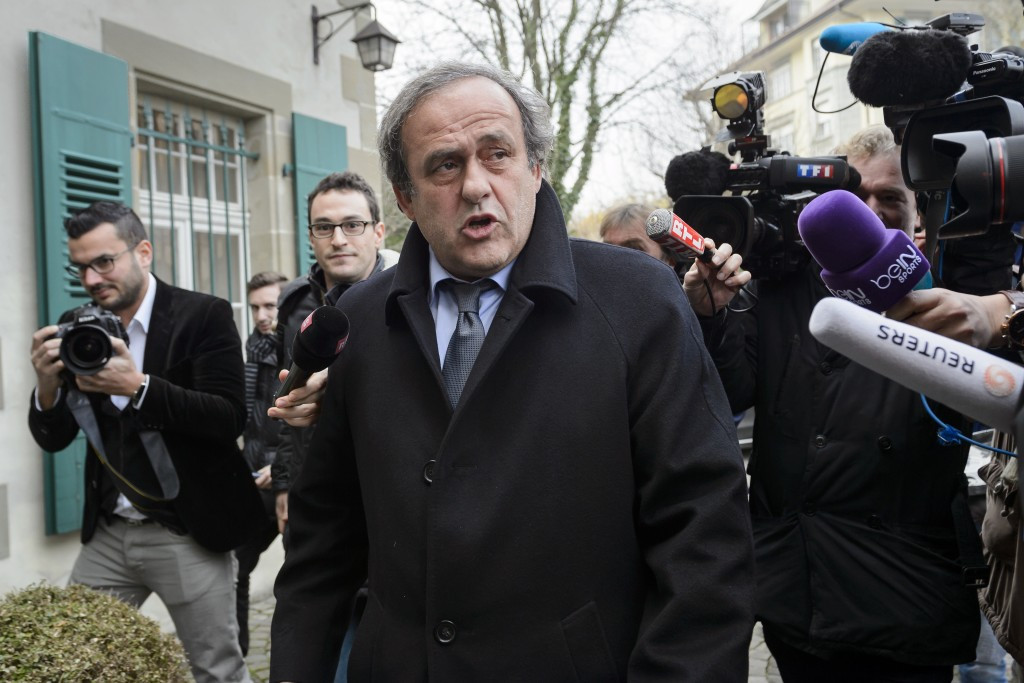 Banned UEFA President Michel Platini has given up his bid to replace Sepp Blatter as President of FIFA, according to reports.

The former France international was suspended from all footballing activity for eight years, along with Blatter, by the FIFA Ethics Committee in December over an alleged "disloyal" payment of CHF2 million (£1.3 million/$2 million/€1.8 million) made to him by the Swiss in 2011 but still harboured hopes of being allowed to run for the FIFA hotseat.

At present, he would not have been able to stand because of his ban though he was considering appealing the decision to both the Appeals Committee and, if necessary, the Court of Arbitration for Sport (CAS).

His decision means both Asian Football Confederation President Shaikh Salman bin Ebrahim al-Khalifa and UEFA secretary general Gianni Infantino will stay in the five-strong race to replace Blatter when he steps down at an Extraordinary Elective Congress in Zurich on February 26, after they had both indicated they would withdraw if Platini was declared as a candidate.

In an interview with French publication L'Equipe, due to be published tomorrow, Platini claims he had "150 declarations of support" in his potential bid for the FIFA Presidency and will now aim to fight his eight-year suspension.

He has written to FIFA's member Federations to inform them on his decision to withdraw.

Both Platini and Blatter have denied any wrongdoing and have vowed to appeal, though the Frenchman was recently told he wouldn't be able to bypass the Appeals Committee and go straight to the CAS.

"I do not present myself as President of FIFA," Platini told L'Equipe.

"I withdraw my candidacy.

"I can not, I do not have the time or means to go voters, meet people, to fight with others.

"By removing me, I make the choice to dedicate myself to my defence against a folder where we no longer talk of corruption, forgery, where there is nothing."

Platini, who scored 41 goals in 72 appearances for his country during his career, was widely considered the favourite until news of the "disloyal" payment surfaced, which prompted the Ethics Committee to launch a full investigation into the matter.

The money he was given was for work he carried out for Blatter between 1998 and 2002, with question marks raised over the nine-year delay in Platini, President of UEFA since 2007, receiving the sum.

"Today I have to take care of all the action, follow the procedures," he added.

"Besides the motivations that have yet to be made, there will be behind the CAS and the commission chaired by Domenico Scala (in charge of the electoral commission of FIFA) who said that I had falsified accounts.

"(Ironically) it does not show very well.

"I fought as I have always done in my life but I was not given the opportunity to compete this time around."