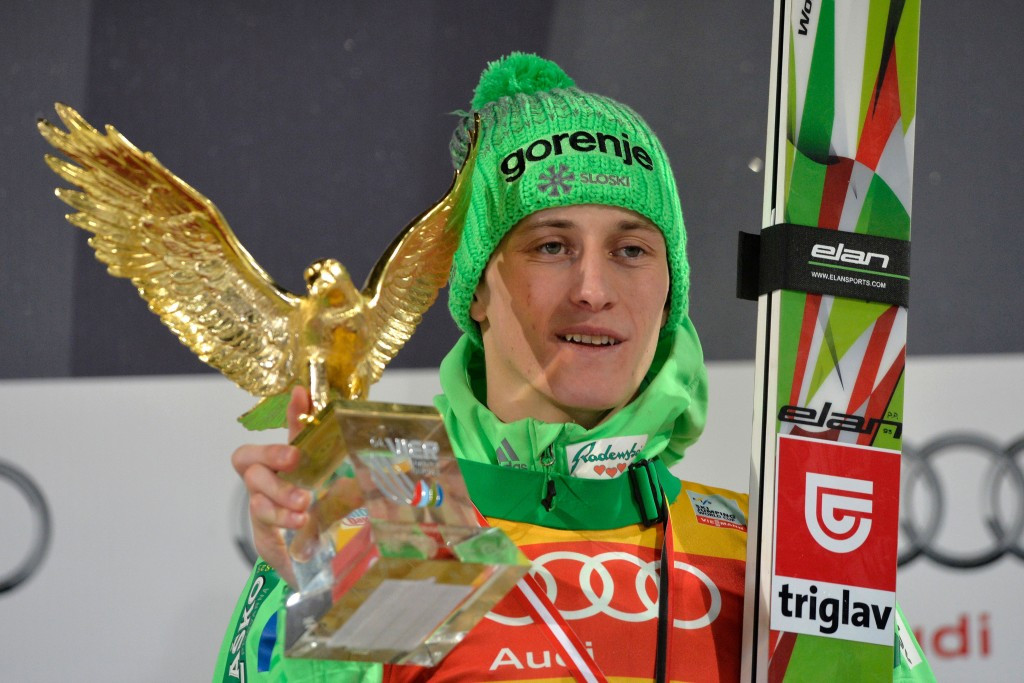 The Winter Olympic normal hill silver medallist came into the competition with a commanding lead and jumps of 139 metres and 142.5m gave him 297.3 points, handing him the overall title on a score of 1,139.4 points.

His success saw him crowned champion of the annual event, the first Slovenian to achieve the feat since Primož Peterka in 1997.

Prevc had already triumphed at the previous two Four Hills competitions in Garmisch-Partenkirchen and Innsbruck and his sixth victory of the season saw him extend his lead at the top of the International Ski Federation (FIS) Ski Jumping World Cup standings ahead of Severin Freund on 924 points.

“I am really happy.

“It was such an amazing Four Hills tour for me.

“I never hoped it would be this good.”

Germany’s Freund, who pipped the Slovenian to the Ski Jumping World Cup title last year, was some way adrift in second as he recorded efforts of 136m and 141m for a score of 290.5.

The German’s jumps saw him finish on a total Four Hills tally of 1,112.9 ahead of Michael Heyboeck of Austria, who rounded off the podium with 1,081.6.

“It was a wonderful tour for me, that gave me a lot of joy,” Freund said.

“Four times on the podium, that was really fun.

“You simply have to say that [Prevc] was clearly better.”

Heyboeck was also third during today’s competition as he leapt 134m and 139m to finish on a score of 282.6 points, while compatriot Stefan Kraft ended outside the top three after he managed 136m and 138m.

Norwegian Kenneth Gangnes, who topped the standings after the qualification round, languished down in fifth.

The competitors have a short turnaround until the next Ski Jumping World Cup event, which takes place in Willingen, Germany, beginning with qualifying on Friday (January 8).