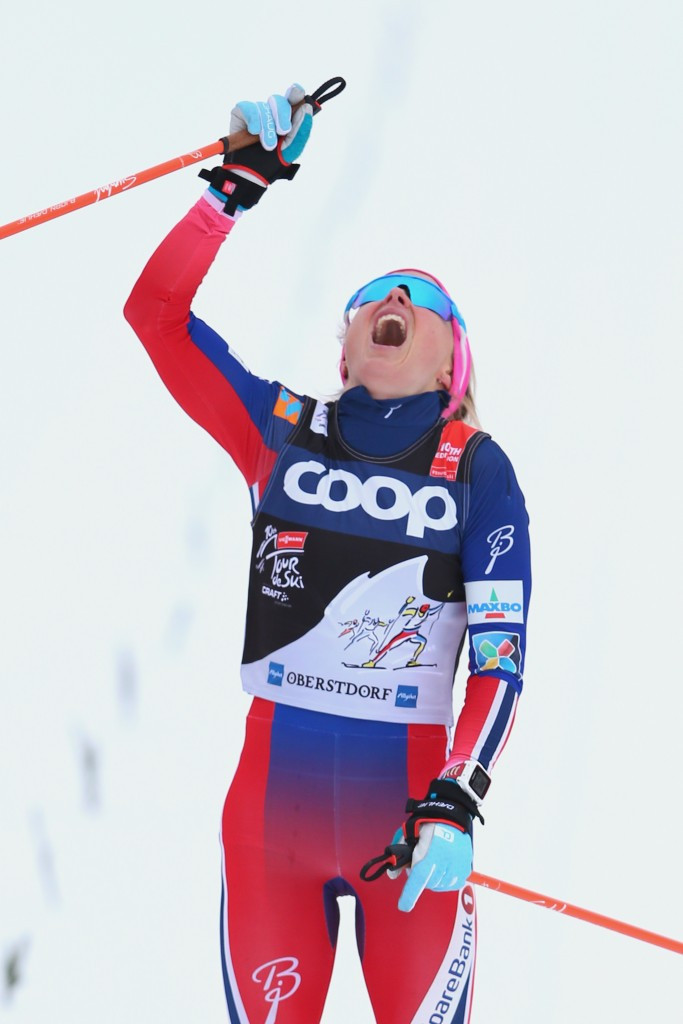 "Ingvild had a great competition.

"She has been in a great shape and I knew I had attack on the last hill.

"I am happy to gain some seconds."

Referring to the last of the eight-race series at Val di Fiemme in Italy, Johaug added: "It will be a tough fight with her all the way to the top of Alpe Cermis."

Rounding off the podium was another Norwegian, Heidi Weng, 19.7 seconds off the pace.

Weng remains in third place in the overall tour standings, 2:33.1 behind Østberg.

Three races remain in the series with action set to resume on Friday (January 8) in Toblach, Italy, where individual races are scheduled to be held.

Meanwhile, in the equivalent men’s 15km race, Kazakhstan’s Alexey Poltoranin posted a time of 35:35.9 to win in a photo-finish ahead of Switzerland’s Dario Cologna by just 0.1 seconds.

Sundby is 47.2 seconds ahead of team-mate Petter Northug Jr, who was ninth on the day.

"I had a great race," said Poltoranin.

"I am happy; I am the first guy this winter to beat Martin in a distance race.

"I hope for top 10 in Toblach and I will fight for third place in the Tour de Ski."

Italy’s Francesco de Fabiani finished 0.6 seconds back in third place, meaning a Norwegian athlete was not represented on a distance World Cup podium for the first time this season.