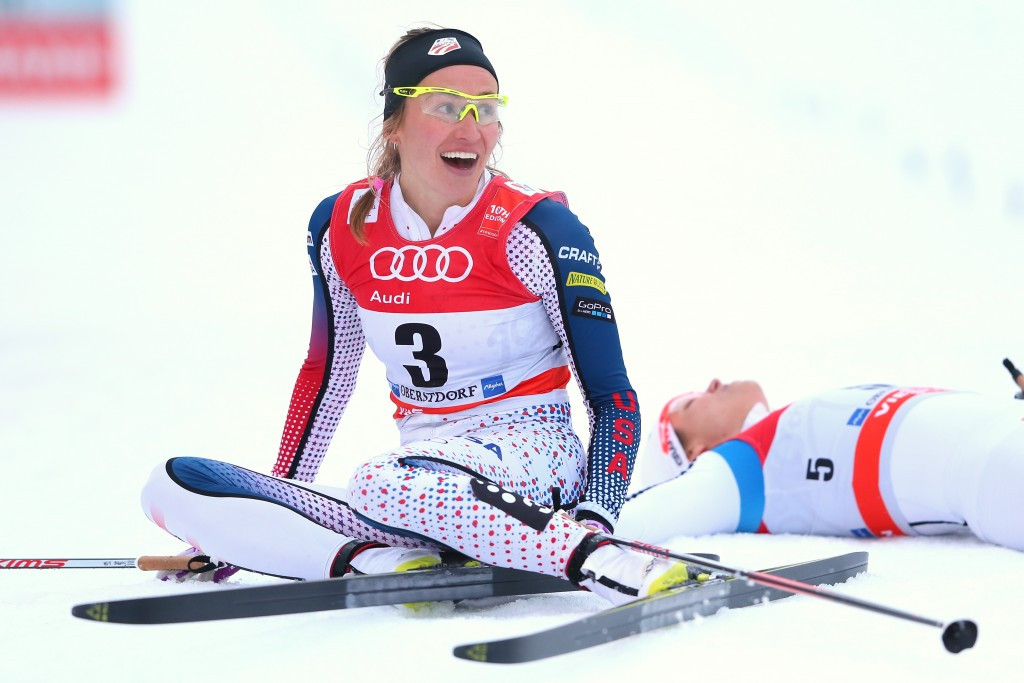 The first of two-days of competition in Germany saw both women’s and men's 1.2 kilometres  classic sprint races held.

Caldwell, a regular participant in sprint finals this season, was still searching for her first triumph but impressed on the way to the final by displaying fine skills on the downhill sections of the course.

Predictably,  she was met with a strong Norwegian challenge as Tour de Ski and World Cup sprint leader Ingvild Flugstad Østberg and Heidi Weng put pressure on her.

Caldwell, whose uncle Tim and grandfather John represented the United States in cross-country skiing at the Olympics, was able to fend off her rivals, however, and crossed the line in 2min 46.38sec.

Kikkan Randall was previously the only American woman to win a World Cup race, with her last victory coming in March 2014.

Weng was just 0.10 seconds adrift in second, while Østberg completed the podium after ending just 0.80 behind the winner.

“It feels pretty amazing to win, I am usually stronger in skate sprints,” said Caldwell.

“It was a perfect day, my one goal for the final was go behind Ingvild and try to follow as far as I could.

“I was focused on the downhill where I knew my strength was, it worked very well for me in the finish.”

After her third place finish, Østberg was able to increase her overall Tour de Ski advantage over compatriot Therese Johaug to 30.10 seconds ahead of tomorrow’s 10km classic mass start, while Weng is 2:16.30 behind the leader.

Emil Iversen sprung a surprise, however, as he was earned his maiden World Cup victory in a time of 2:25.21.

Sundby’s strong finish enabled him to edge further ahead of Petter Northug, who finished 5.46 behind his fellow Norwegian.

It leaves the gap between the top two contenders for the title at 1:33.60, prior to tomorrow’s 15km mass start.

Ustiugov now occupies third place, but is 1:56.9 adrift of Sundby.