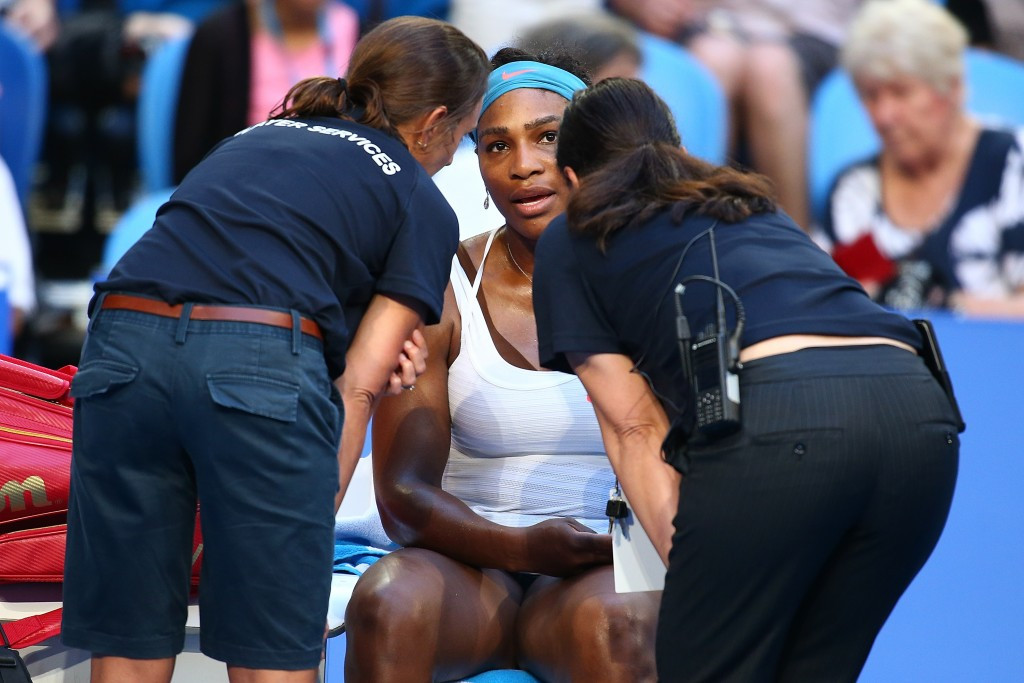 World number one Serena Williams was forced to retire from her Hopman Cup match through injury as her American team suffered defeat to Australia Gold in Group A at the Perth Arena.

Williams, winner of three singles Grand Slams last year, was trailing 7-5, 2-1 to Australia's Jarmila Wolfe when she suffered a recurrence of a nagging knee injury.

The 34-year-old started well and served for the opening set against Wolfe, ranked at 144 in the world, before her Australian opponent broke the American and took a one-set lead.

Wolfe then broke again early in the second set and, following a discussion with trainers, Williams decided to retire.

She played the injury down after the match and said she could return as early as Thursday’s (January 7) tie with the Czech Republic, quelling fears that her participation in this month’s Australian Open, due to take place in Melbourne from January 18 to 31, could be in jeopardy.

“I just have some inflammation that's been going away very slowly,” she said.

“It needs a little rest and a little treatment.”

Hewitt rolled back the years with a classy performance which was too hot for Sock to handle as the Australian sealed a 7-5, 6-4 triumph.

“I couldn’t wait to get out there; a fantastic atmosphere, my last night match at the Hopman Cup,” the 34-year-old said.

“I was pretty pumped up; this is why you play the game to go out and perform on those big stages and I love playing for my country and this is one of those weeks.”

Alexandr Dolgopolov, ranked at 36 in the world, got the Ukrainian team off to the best possible start as he claimed a hard-fought 7-5, 7-6 win against Jiří Veselý.

The Czech Republic then earned a consolation point as Veselý and Pliskova thrashed the Ukrainian duo 6-3, 6-1 in the mixed doubles contest.

World number two Andy Murray is due to headline tomorrow’s action as he takes on controversial Australian Nick Kyrgios, given a suspended 28-day ban for comments he made about Stanislas Wawrinka’s girlfriend during a Rogers Cup match in August, in Britain’s tie with Australia Green.