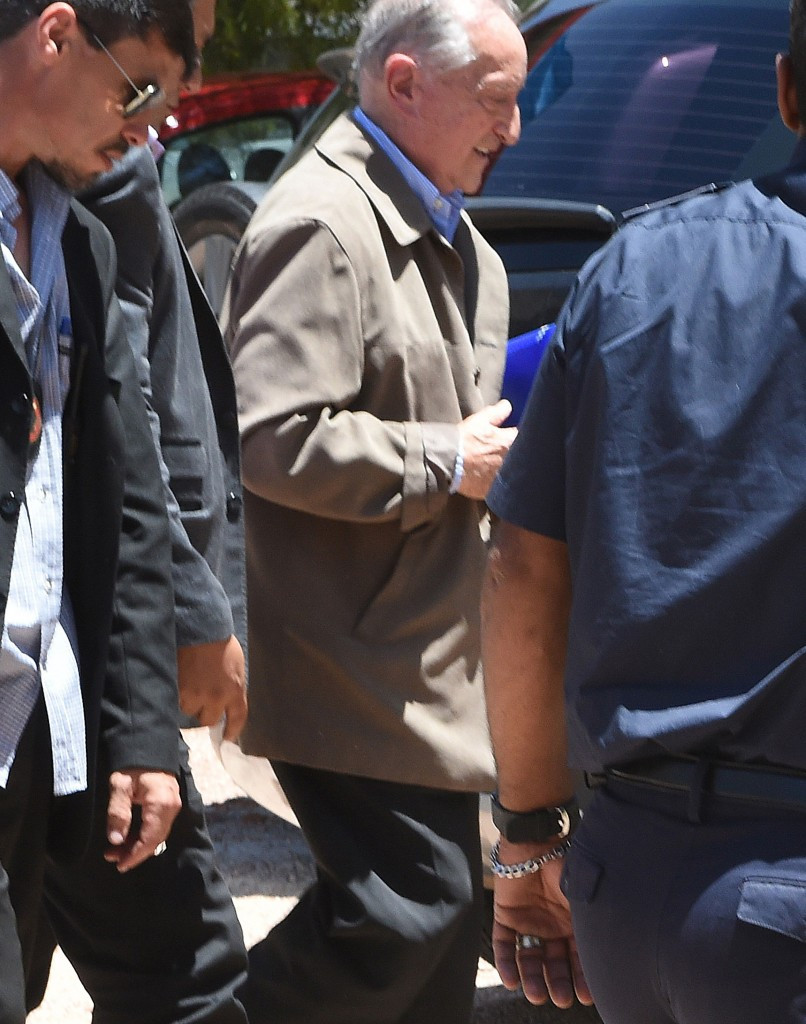 Former FIFA vice-president Eugenio Figueredo has been accused of receiving £33,000 ($49,000/€45,000) in bribes per month as his hearing for corruption charges continues in his native Uruguay.

The 83-year-old, who spent Christmas Day in jail, is alleged to have been the recipient of "improper payments" from television companies and sports marketing firms.

Uruguayan prosecutors claim the former President of South American football's governing body CONMBEOL, who also headed his country's Football Association, exploited his positions by taking money from the organisations who were striving to hold onto their contracts, which were awarded by CONMBEOL, for South American competitions.

The indictment stated that the Figueredo had "used ploys and deceit to the detriment of Uruguayan clubs and professional footballers.”

“These ploys aimed to maintain the status quo that had reigned for years at CONMEBOL, and which resulted in avoiding new offers and/or companies for the sale of television rights to the different tournaments,” it continued.

The Argentine broadcaster Full Play and sports communications firm Torneos y Competencias are among the companies from which Figueredo is claimed to have received payments, along with the Cayman Islands-registered T&T sports.

Figueredo was one of seven FIFA officials arrested following a raid at their Zurich hotel in May on the eve of the organisation's congress.

He agreed to return to Uruguay from Switzerland, but is contesting extradition attempts by the United States who also want him on corruption charges.

Should he be found guilty of the corruption charges in Uruguay, Figueredo faces the prospect of 15-years in jail.

The last three CONMEBOL Presidents have now been arrested due to corruption allegations, including the latest holder of the role, Paraguay's Juan Angel Napout.

He resigned after his arrest this month, while another Paraguayan President, the long-serving Nicolas Leoz, has also been accused.

Figueredo replaced Leoz as President in 2013 and then stepped down the following year.

Authorities in the US have now charged 41 people and entities as part of their corruption investigation, which largely centres on marketing and television deals.