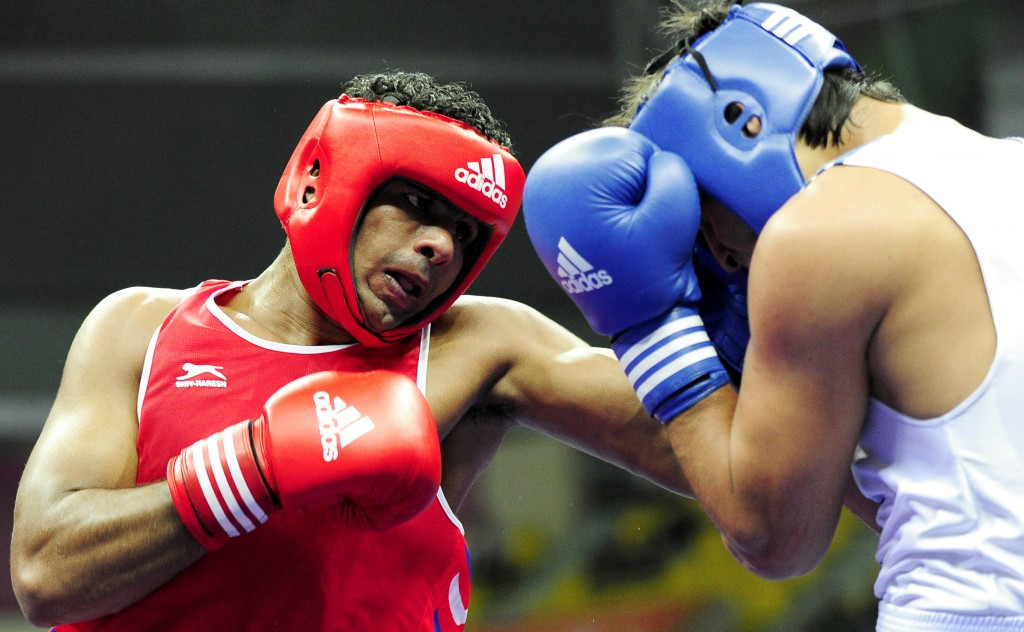 Asian Games boxing silver medallist Manpreet Singh of India remains hopeful he will be not be hit with a ban from the sport despite a positive test which forced him to withdraw from the World Military Games.

It had previously been reported that Singh could face a two-year suspension after testing positive for terbutaline but he has requested a “B” sample test which he feels will clear his name.

The heavyweight is able to compete in any international events pending the results of the “B” sample test and says he has the support of national coach Gurbaksh Singh Sandhu and his team-mates.

He insists the reason for the positive test was that he didn’t realise a cough syrup he was taking contained the banned substance, with a source close to the boxer claiming in October that it was a case of accidental intake.

“I was driving to Pune for training on September 9 and already suffering from a cold and was sneezing too,” Singh, who hopes to turn professional when he has finished his amateur career, said.

“On the way, I stopped at a chemist shop in hope of getting some medicine that doesn't have any banned substance in it.

“I took a cough syrup and some medicines as recommended by the chemist for two days.”

Singh, who missed out on Asian Games gold at the 2010 event in Guangzhou, China after suffering a comprehensive defeat to Mohammad Ghossoun of Syria in the final, has continually maintained his innocence throughout.

However, if the “B” sample also comes back positive, he is likely to be ruled out of competing at next year’s Olympic Games in Rio de Janeiro should he qualify.

"I have played many international tournaments and won medals for my country,” he added.

"I started my career in 2004 and since then I have given my entire life to boxing.

"I respect the sport and the person who thinks this will never take any substance intentionally to enhance his performance in competitions.

"I want to win an Olympic medal and move on to professional boxing."