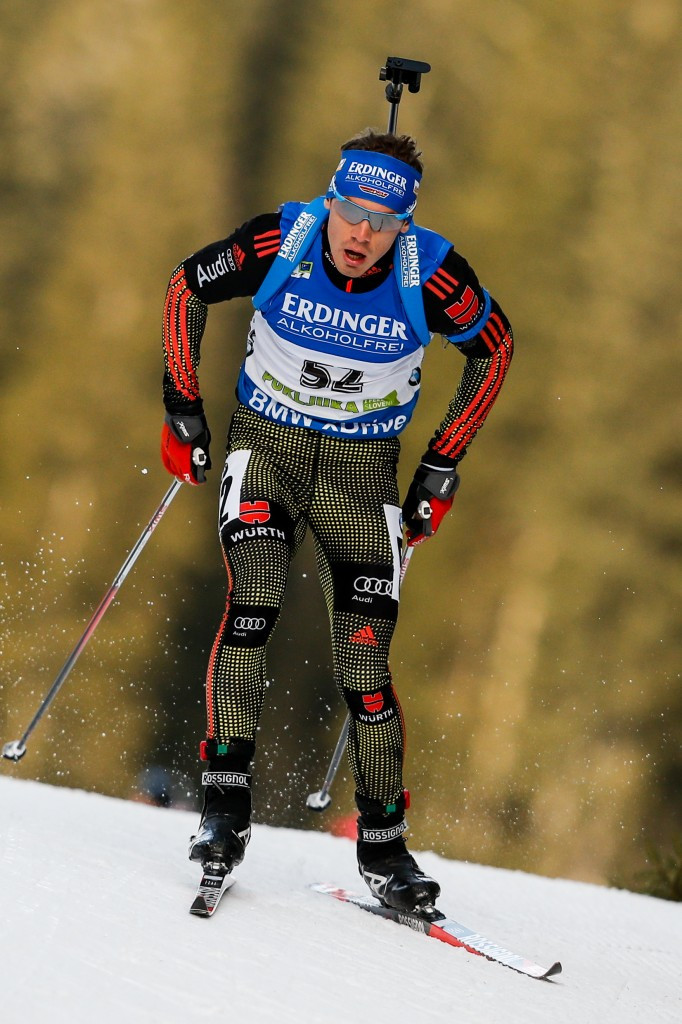 Simon Schempp powered to his second 10 kilometre sprint title in a row as the International Biathlon Union (IBU) World Cup began in Pokljuka in Slovenia today.

The German enjoyed a perfect day of shooting as he took the line in a time of 23 min 02.5 sec to back up his victory over the distance in Hochfilzen in Austria last time out.

Norway’s Ole Einar Björndalen finished second, 15.2 back, while Russia’s Evgeniy Garanichev was third and 25.1 off the pace.

Both Björndalen and Garanichev also enjoyed clean shooting, but Schempp was swifter on the skis.

Martin Fourcade, the Frenchman who has three World Cup sprint victories this term, had led the way until the second round of shooting when a miss resulted in a penalty loop.

That effectively killed off his chances and he eventually finished sixth.

"I was lucky to close the gap with the Russian guy on my second loop and had a very powerful last loop.

"The conditions were the same for all the start groups.

"We thought the tracks would get faster after 3pm, but this was not the case today.

"The course conditions here are much better than in Hochfilzen.

"The course has a long downhill, but comparing to Hochfilzen, it was not icy."

Fourcade is still the overall World Cup leader with 294 points, ahead of Björndalen who has 255 and Schempp who has a total of 228.

The action in Pokljuka continues tomorrow with the women's 7.5km race.