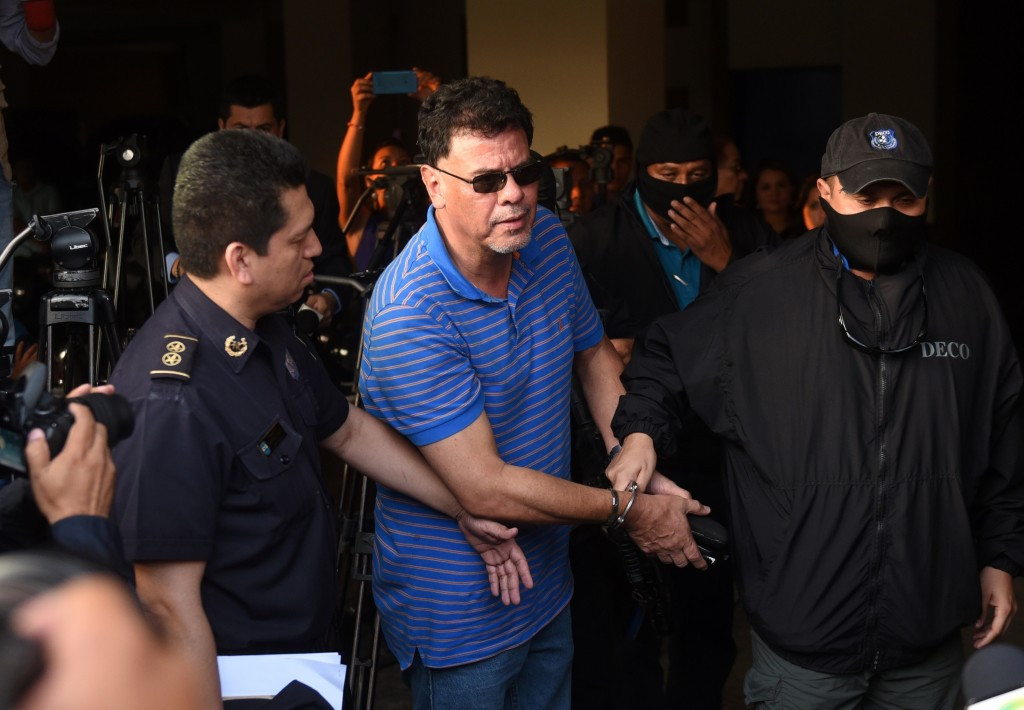 The former President of El Salvador's football federation has become the latest official to be arrested as part of the American investigation into corruption within FIFA.

Reynaldo Vásquez, head of the Salvadoran Football Federation (FESFUT) between June 2009 and July 2010, was one of 16 people indicted by US authorities earlier this month on bribery charges.

Vásquez, whose extradition to the US has been approved in the central American country, was reportedly arrested at a seaside residential complex south of capital San Salvador by "elite" police officers.

Howard Cotto, the deputy director of police, said that he provided "no resistance" to being apprehended.

Like the others indicted, the 59-year-old is accused of taking money in exchange for marketing deals.

He has previously described the allegations against him as "absurd".

The scandal has particularly impacted football in south and central America with Paraguayan Juan Angel Napout, the former head of South America's football governing body CONMEBOL, pleading not guilty to bribery charges in a court in New York this week.

Rafael Callejas, the former President of Honduras as well as an ex-head of the country's football federation, also denied charges at the Federal District Court in Brooklyn.

Vásquez's extradition could reportedly be delayed due to proceedings against him in El Salvador.

According to the Tico Times, he is accused in his country of failing to pay social security charges for employees at his furniture company, as well as aggravated fraud.