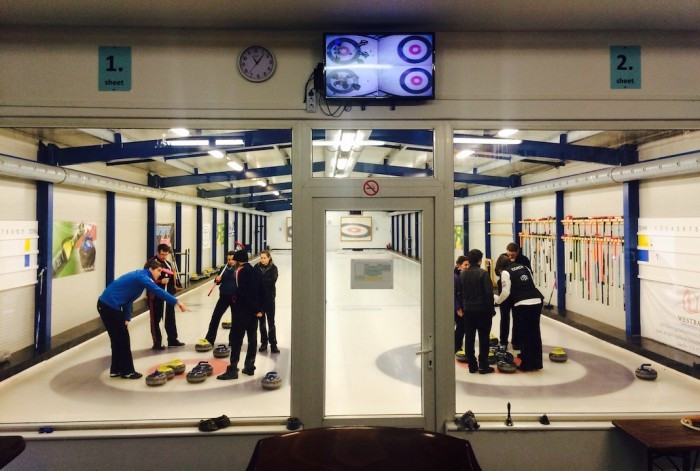 A first mixed doubles training camp has been delivered by the World Curling Federation (WCF) in Budapest ahead of the sport's Winter Olympic debut at Pyeongchang 2018.

Curling mixed doubles, speed skating mass start, Alpine skiing team event and snowboard big air were all approved for the Games in South Korea by the International Olympic Committee's ruling Executive Board at its meeting in Lausanne in June.

Nine teams from six countries participated in the camp in the Hungarian capital - Belgium, China, Estonia, Hungary, Poland and Romania - giving them the chance to develop their skills in the innovative discipline.

“Hungary broke through the mixed doubles scene, earning two gold medals at the World Mixed Doubles Curling Championship in the last three years and a silver in 2009," said Coliban.

"This is the home of World Mixed Doubles champions, Dorottya Palancsa and Zsolt Kiss, who were instructors at our camp.

“The camp was a natural follow-up to all the contributions Hungary has brought to the development of the discipline.

“We had varying skill levels, including former world women’s champion, from 2009, Bingyu Wang, skip of China, interested in trying mixed doubles for the first time.”

Mixed doubles curling is played on the same sheets of ice as "traditional" curling, but a team consists of just one male and one female player.

Teams have only six stones each - instead of eight - and one of those stones from each team is prepositioned on the centreline before each end of play starts.

Each team receives 22 minutes of "thinking time" and games are scheduled for eight ends.

This compares to 38 minutes and 10 ends for "traditional" curling, in which teams are also made up of four players.

“I really enjoyed this camp and learned a lot," said Wang.

"It has been beneficial for both me as an athlete and for my team.”