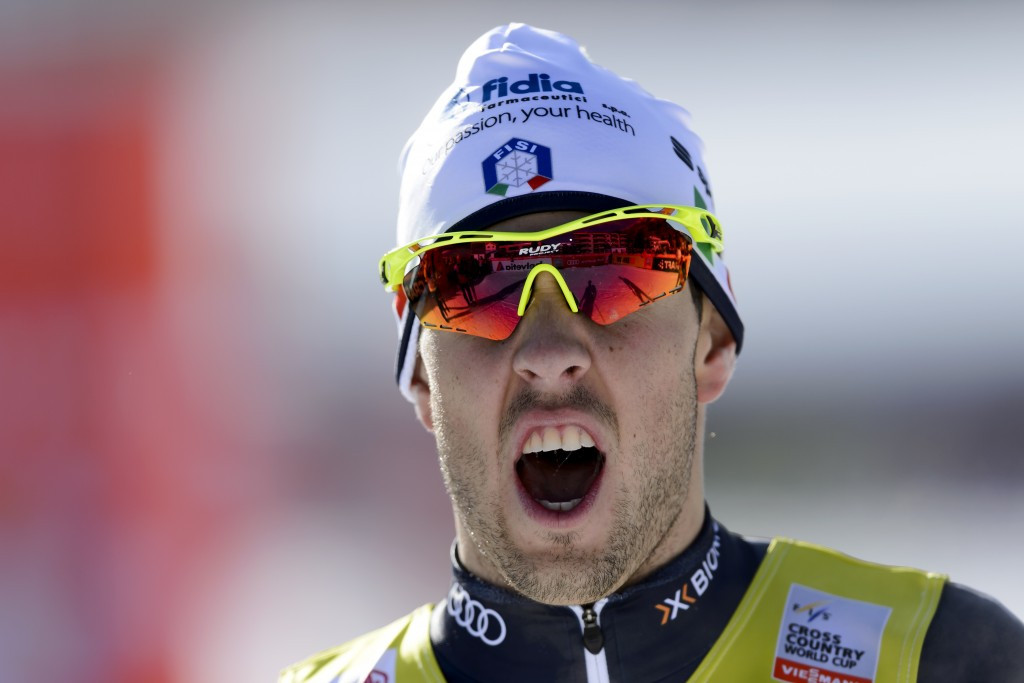 Twenty-five-year-old Pellegrino claimed his fourth win in the discipline and is now just one victory away from levelling the record for an Italian sprinter, which is held by Turin 2006 Olympic gold medallist Christian Zorzi.

Norway's Sondre Turvoll Fossli led heading into the final 100 metres, but Pellegrino was flying and roared past to take the line first in a time of 2 min 20.97 sec.

Fossli had to settle for bronze as he was pipped on the line by France's Baptiste Gros, who claimed a second World Cup podium.

"I am very satisfied with the win today," said Pellegrino, who became the first man not from Norway to win a World Cup event this season in the opening sprint race.

"I hoped I would ski well today too.

"I want to thank all my supporters.

"It was a great atmosphere on the course."

Nilsson's win was her first at the World Cup after 30 previous starts and eight podiums, and was also the first this season by a non-Norwegian woman.

Like Pellegrino, she came from behind to win after pushing ahead in the final 100m, with her time of 2:39.27 beating Maiken Caspersen Falla of Norway into second place.

"It is awesome to win the first World Cup victory," said Nilsson.

"I felt great after a few days of rest."

The Cross-Country World Cup season now heads to Italy, with sprint and pursuit races in Tolbach on December 19 and 20.