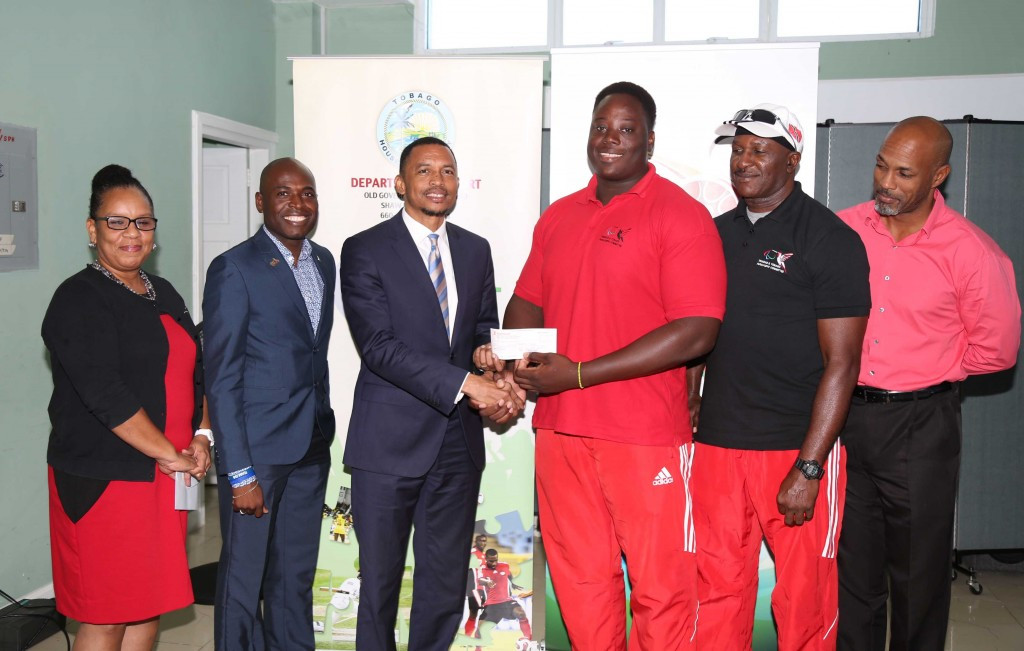 Akeem Stewart has been rewarded for his double gold medal success at the Toronto 2015 Parapan American Games with a cash bonus from the Trinidad and Tobago Olympic Committee (TTOC).

The 23-year-old was the country’s only medallist at the Games, first claiming gold in the men’s F44 discus throw event after achieving a distance of 63.03 metres.

He backed up the achievement the following day when he secured his second title by throwing 53.36m in the men’s F44 javelin competition, with his efforts in both competitions seeing him break world records as an F43 competitor.

Stewart was presented with a cheque for US$6,000 (£4,000/€5,500) for his achievements by TTOC President Brian Lewis and Huey Cadette, Secretary of Education, Youth Affairs and Sport, at Dutch Fort.

Cadette congratulated Stewart for his success and called for further attention to be given to Para-athletes within the country.

“I want to challenge us to ensure we give our Para-athletes our support,” he said.

“We don’t ever hear anyone say ‘let’s have a contingent to support our para-athletes'.

“With Akeem’s success we have to ensure we give it the same kind of emphasis.”

Stewart received the cheque as part of a bonus pledge which was made by the TTOC ahead of the Toronto 2015 Pan American and Parapan American Games, in which medallists were promised a cash boost.

Also in attendance at the presentation was the Technical Director of Sport Justin Latapy George, secretary general of the TTOC Annette Knott and one of Stewart’s coaches Wade Franklyn.