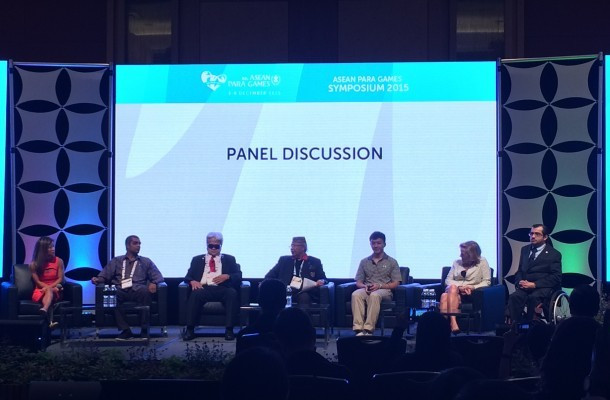 The Asian Paralympic Committee (APC) has presented its new strategic plan for 2015 to 2018 as they target becoming one of the leading regions within the Paralympic Movement.

The plan was presented during the ASEAN Para-Games in Singapore, which drew to a close on December 9, with the eighth edition of the week-long event hailed as the “best-ever”.

Developed in partnership with the International Paralympic Committee (IPC) Academy, the plan attempted to incorporate feedback from the first edition of the APC Membership Gathering, which was held in Abu Dhabi in the United Arab Emirates during May.

With each of the 11 member nations helping to define the priorities of the APC over the next three years, the plan was unveiled with the vision “to make Asia one of the leading regions of the Paralympic Movement in enabling athletes with a disability to achieve sporting excellence and inspire and excite the world.”

Five key goals were outlined in the plan, which was unveiled by APC President Majid Rashed and chief executive Tarek Souei during a symposium organised by the ASEAN Para Sports Federation.

Establishing sustainable funding for the organisation by diversifying revenue sources and seeking to enhance coverage of Paralympic sports in Asia through the development of the internet and social media were highlighted in the plan as major goals.

Developing new partnerships was also viewed as an important step in building the organisation further, while strengthening existing ties with the IPC and the Olympic Council of Asia was also included as an area for the APC to focus on.

Boosting the number of athletes from the region who compete at high-level regional competitions and World Championship events is also set to be targeted by providing more sanctioned events across a wide variety of Para-sports.

Additionally, the plan also revealed a desire to develop a clear concept and establish key priorities for the Asian Para Games, which had only its second edition last year when competition was held in Incheon, South Korea.

Rashed has expressed his hope that the APC can work together in the coming years to achieve their shared aims.