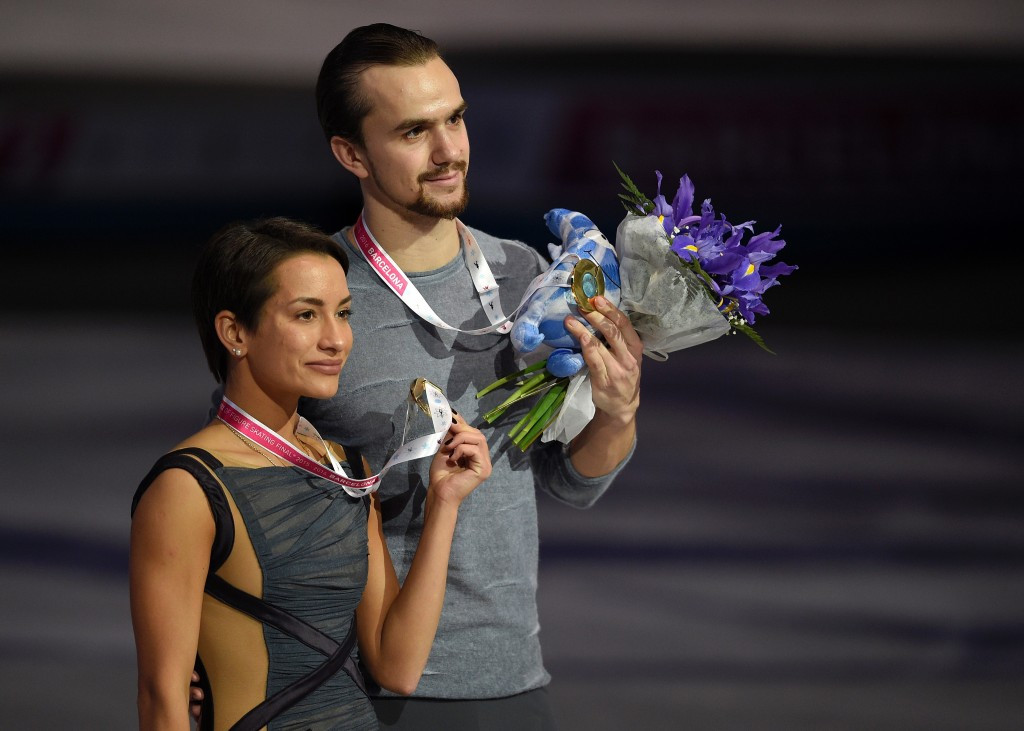 The Olympic silver medallists had scored an impressive 74.84 points during yesterday’s short programme but only held a narrow lead over their compatriots Yuko Kavaguti and Alexander Smirnov, as well as Canada's world champions Meagan Duhamel and Eric Radford.

With the leaders skating last, it was the Canadian pairing who looked likeliest to put the pressure on as they attempted to defend their title, fresh from having won at both of their Grand Prix appearances this season.

While their performance received 143.93 points, giving them an overall total of 216.67, Stolbova and Klimov were able to hold their nerve during their routine to claim the overall victory, with the high execution score proving the difference between the pairs.

The Russians ended 12.77 clear of the world champions, having finished on 229.44, while their compatriots Kavaguti and Smirnov had to settle for bronze with a final score of 206.59.

Further success for the Russian team appears on the cards as Evgenia Medvedeva tops the standings at the halfway stage of the ladies individual competition, after the world junior champion scored a personal best of 74.58 in the short programme.

The 16-year-old, who won the junior event last year in Barcelona, was the only skater to receive over 70 points for her routine with her team-mate Elena Radionova occupying second position on 69.43 as they seek to succeed their fellow Russian Elizaveta Tuktamysheva.

Three-time world champion Mao Asada currently lies in the final medal position on 69.13, while her fellow Japanese skater Satoko Miyahara is narrowly outside the podium places having been given a total of 68.76 by the judges.

Meanwhile, Canada’s Kaitlyn Weaver and Andrew Poje made a promising start to the defence of their ice dance title as the pair, who have won at both Skate Canada and the Rostelecom Cup this season, top the standings after the short dance.

The pair received a total of 72.75 points from the judges in a high quality start to the competition, with each performing couple delivering season best performances in front of the Spanish crowd.

World Championship silver medalists Madison Chock and Evan Bates are narrowly behind their rivals, as the Americans earned 71.64 for their short dance, while Italy’s Anna Cappellini and Luca Lanotte occupy the final podium position on 70.14.

Competition will draw to a close tomorrow with the completion of the men’s and ladies' singles events, as well as the ice dance.