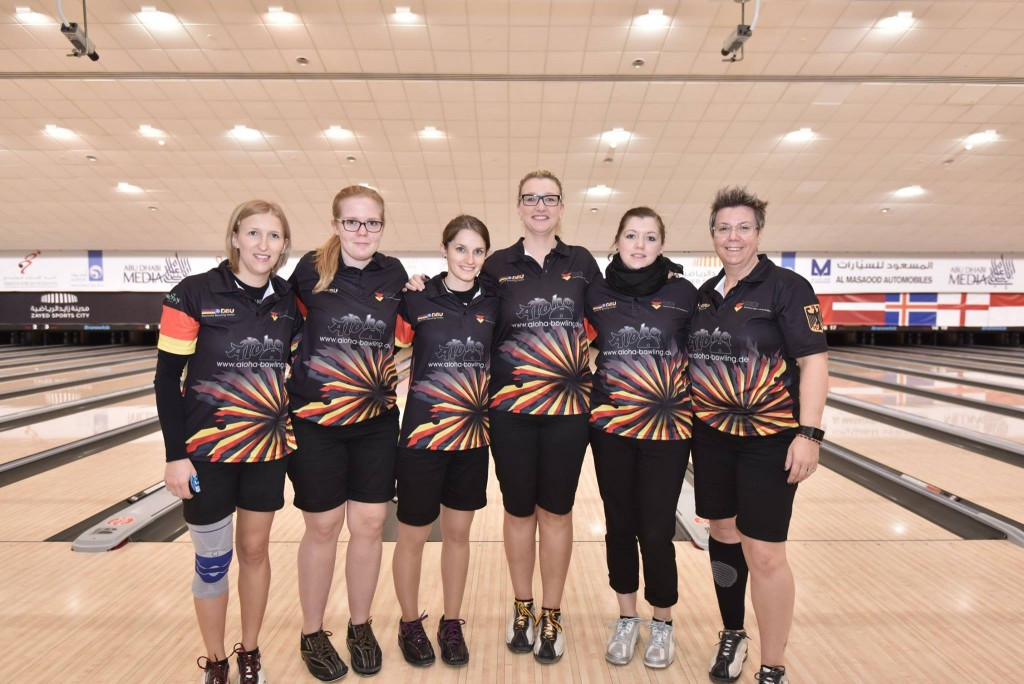 Germany lead the team-of-five competition after the opening three games of the two-day event at the World Bowling Women’s Championships in Abu Dhabi.

Their team of Laura Beuthner, Martina Schütz, Patricia Luoto, Nadine Geissler and Birgit Pöppler produced impressive scores throughout the day at the Khalifa International Bowling Center to post an overall total of 3,358.

Beuthner proved to be the star performer in the line-up,  having ended with an individual tally of 714, which included a superb score of 269 in the second game of the day.

Following their strong showing, the German team appear on course to reach the semi-final phase of the event, but they are sure to come under pressure during the second team block.

Sweden are currently their nearest rivals having finished the three games with an overall score of 3,304, while Singapore lie third on 3,273.

Singapore's trios silver medallist Shayna Ng, who has also reached the semi-finals of the singles and doubles event, achieved the highest individual score of the day after finishing on 738 and her team’s prospects of progression could rest upon her ability to maintain that high standard.

Singles champion Eunhee Jeon will hope to guide South Korea into the semi-finals, with her team occupying fifth place on 3,247.

Following the completion of the second block of action, both the semi-final and final of the team event is due to take place.