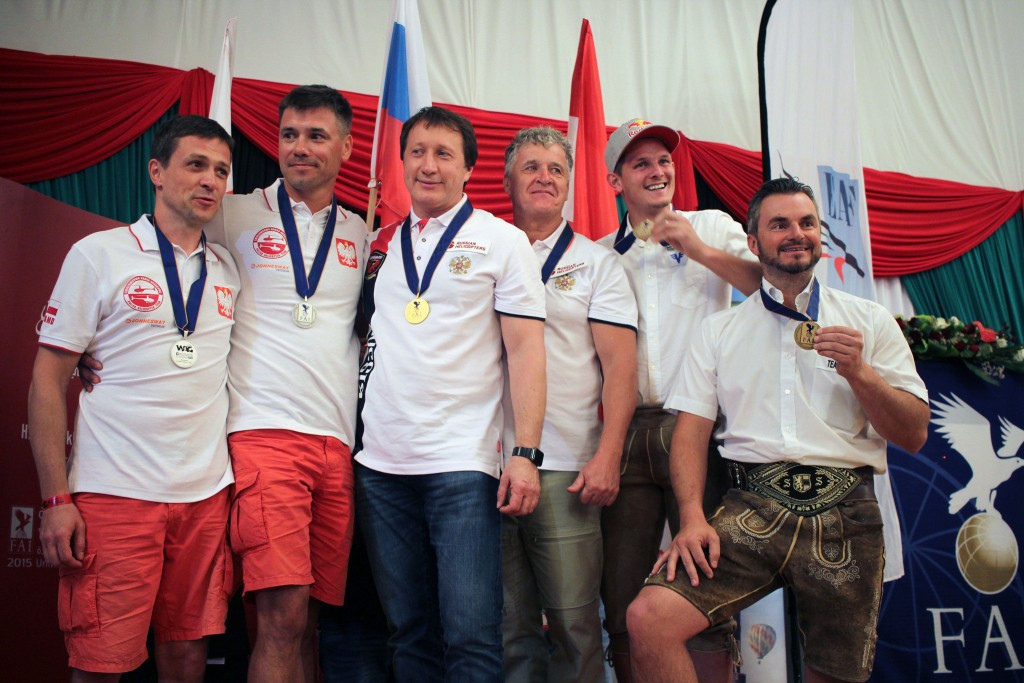 Russian helicopter pilots Alexander Zhuperin and Nikolay Burov were crowned rotorcraft champions at the World Air Games after they overcome Polish rivals in the gold medal contest in Dubai.

The pair had begun the final as the overwhelming favourites for the title having posted the highest scores in both the quarter and semi-finals of the competition, which comprised of parallel fender and parallel slalom events.

Both disciplines were designed to test the pilot’s capabilities and the Russians proved up to the challenge as they received a score of 276.5 in the slalom event, which they backed up by scoring 300 in the fender discipline.

While Poland’s Michal and Marcin Szamborski were able to match their rivals' fender score, they fell short in the slalom event to end on a total of 532.5, which saw them finish 44 points adrift of the winners.

“All the pilots taking part had a very high level, so it was not an easy competition to win,” Burov said afterwards.

“We are really happy to have come out on top.”

Thomas Morgenstern, a three-time Olympic and eight-time world champion in ski jumping, earned bronze with his Austrian team-mate Stefan Seer having posted the third highest score in the semi-finals.

The German managed several challenging manoeuvres throughout his first music round, meeting the judges’ approval and putting him top of the overall standings.

Pescante, the last competitor to perform, was able to edge ahead of Ko with several flips impressing the spectators, as well as the judges.

Both competitors will be hoping to pressurise Weber in the final rounds of competition tomorrow.