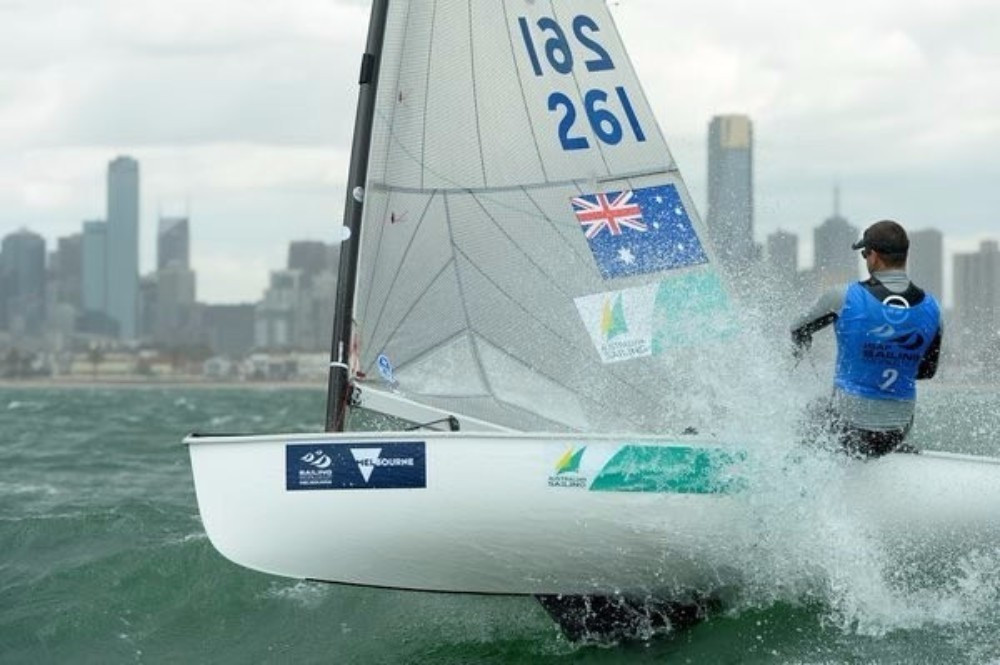 Australia’s Alex and Patrick Conway earned their fifth straight victory to build their advantage in the men’s 470 class at the Sailing World Cup in Melbourne, however several races were cancelled as a result of high winds.

A race was possible in five classes during the third day of the regatta but with challenging conditions deteriorating further, including gusts measured at 35 knots, World Sailing's technical delegate Antonio González de la Madrid agreed with local organisers that further competition would not be possible.

As one of the early starters, both 470 classes were able to hold one of their two scheduled races with the Conways looking to extend their winning run in the men’s event.

The duo were able to recover from a difficult start to finish ahead of their nearest challengers, Thomas Klemens and Timothy Hannah, for the third consecutive race to move five points clear of their fellow Australians in the overall standings.

“When we started race five it was perfectly fine with around 15-16 knots, by the second downwind it was starting to get a bit windy and we had a bit on in the last lap and of course after the racing it got even worse," said Alex Conway.

“We just managed to win that race, we got a big right-hander and were fourth or fifth at the top mark.

“The guys in front had a big lead but we managed to pull them back.”

Australia’s Sasha Ryan and Aurora Paterson were able to claim the race victory in the women’s event to move to four points, behind their compatriots Carrie Smith and Jamie Ryan, whose second place finish keeps them at the top of the standings.

Hopes of home success in the finn class, which was the only other Olympic fleet to hold a race, were boosted as Oliver Tweddel earned a victory to draw closer to Croatia’s Josip Olujic in the three-person event.

Olujic occupies first place having won three of the five races so far this week to move to five points, while home hopeful Tweddel is a point further back having recorded two victories and three second places finishes.

With the Paralympic medal races due to take place tomorrow, France’s Damien Seguin suffered a blow in his attempt to secure victory, fresh from having won the 2.4 metre world title last week.

He was ruled to have sailed off course during the race, resulting in him being given a 16th place finish.

While the score has been discarded, it meant his fourth place finish from earlier in the week has been added to his total, resulting in the Frenchman being tied on nine points at the top of the standings with Britain’s Megan Pascoe and Australia’s Matt Bugg.

SKUD18 world champions Daniel Fitzgibbon and Liesl Tesch remain on course to earn gold by securing a fourth win of the regatta to move onto four points, with Britain’s Alexandra Rickham and Niki Birrell lying four points adrift of the Australian crew.

Meanwhile Colin Harrison, Jonathan Harris and Russell Boaden took sole leadership of the sonar class after they were crashed into by France’s Bruno Jourden, Eric Flageul and Nicolas Vimont-Vicary, who were tied with the Australians at the start of the day.

The French team’s disqualification from the race enabled the home crew to move three points clear at the top of the standings.

With vast cancellations throughout the day, it was determined an additional race would be added to each Olympic class tomorrow, other than the women’s RS:X event.