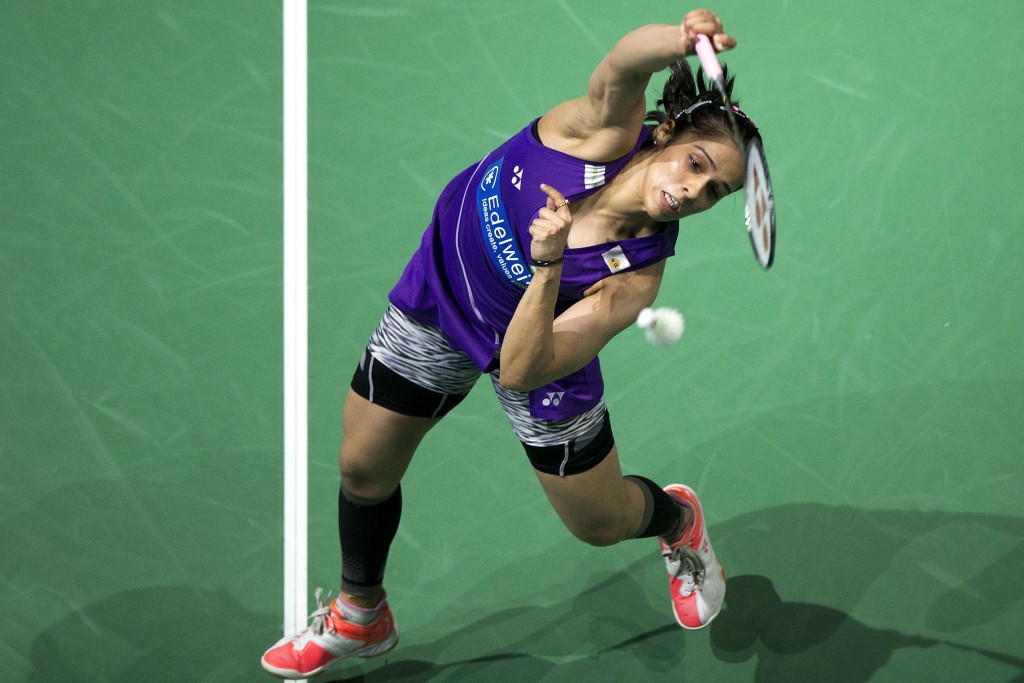 Second seed Nehwal had produced an uncharacteristically poor performance in her opening match against Japan’s Nozomi Okuhara yesterday and, with a lack of practice due to an Achilles injury cited as a reason for the display, she was expected to be overwhelmed by Marin.

Nehwal, though, produced an energetic start to the match to dispel concerns over her fitness and was able to claim the opening game 23-21 against her Spanish rival, who had cruised to victory in her opening match.

A fightback from the newly crowned BWF Female Player of the Year saw her take the tie to a deciding game, but Nehwal was able to raise her standard once more to win the contest 23-21, 9-21, 21-12.

Following the result, Nehwal occupies second place in the group, due to a holding a better head-to-head record with Marin, while Okuhara tops the standings after beating Chinese Taipei’s Tzu Ying Tai 21-11, 21-16 today.

The result guarantees her a semi-final spoth as Intanon and China’s Shixian Wang, who have one win to their credit, are due to face each other in the final round robin matches tomorrow.

Men’s singles top seed Chen Long of China and Denmark’s Jan Ø. Jørgensen sealed their progression to the semi-finals after recording their second victories in Group A, with the duo set to clash tomorrow to decide top spot.

A second Danish star is also through as Viktor Axelsen defeated India’s K.Srikanth 21-13, 21-18.

His unbeaten start will come under threat when he faces Kento Momota tomorrow, with the Japanese player having overcome Chinese Taipei’s Tien Chen Chou to advance to the semi-finals.

Denmark’s Mathias Boe and Carsten Mogensen have already sealed a place in the last four after their second win and they will face fellow qualifiers Biao Chai and Wei Hong tomorrow to decide who tops Group B.

The result sees them move to the top of the Group B standings in the women’s doubles and they look poised to qualify for the in the semi-finals.

Japan’s Misaki Matsutomo and Ayaka Takahashi will face China’s Ying and Yu Loa to decide who tops Group A, with both pairs already through.

Only two pairings are unbeaten in the mixed doubles competition with Hong Kong’s Lee Chun Heia and Chau Hoi Wah having overcome Indonesia’s Tontowi Ahmad and Liliyana Natsir 21-14, 21-17 to currently top Group A.