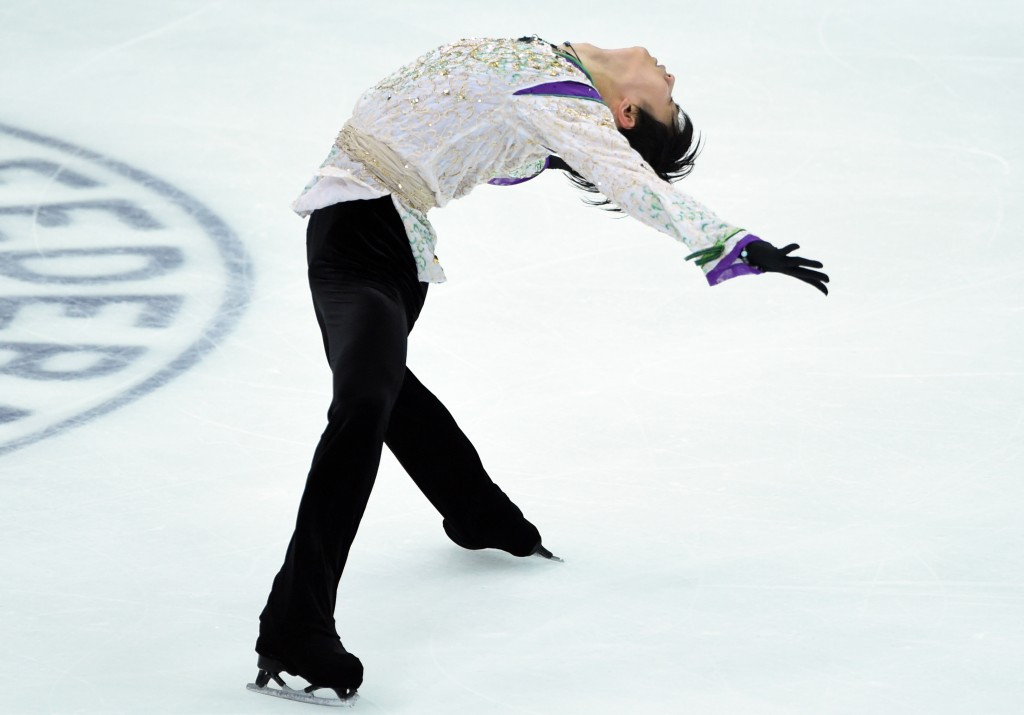 Olympic champion Yuzuru Hanyu broke his own world record score for the men’s short programme to top the individual standings at the close of the opening day of the International Skating Union (ISU) Grand Prix Final in Barcelona.

The Japanese star was looking to begin the his campaign for a third straight Grand Prix Final title by reproducing the level of performance which had seen him secure gold at the NHK Trophy in Nagano.

On that occasion, the 21-year-old had produced a score of 106.33 points in the short programme, breaking the overall a world record by ending with a total of 322.40.

He proved able to surpass his short programme tally with a stunning display in front of a packed crowd, his routine incorporating a quadruple salchow and a quadruple toe loop-triple toe loop combination, as well as a triple Axel.

His score of 110.95 points saw him establish a dominant lead over his rivals with the home favourite Javier Fernandez, who beat Hanyu to the medal gold at this year’s World Championships, currently lying second with a score of 91.52.

China’s Boyang Jin, making his debut on the senior circuit this season, completes the top three at the halfway stage of the event with a total of 86.95.

Three-time world champion Patrick Chan, though, faces an uphill struggle in the free programme if he is to force his way onto the podium as the Canadian, who returned to competition this season after a short break, could only manage a score of 70.61.

Russia's Olympic silver medallists Ksenia Stolbova and Fedor Klimov have earned a narrow lead in the pairs competition having received a total of 74.84 points for their short programme routine.

Their compatriots Yuko Kavaguti and Alexander Smirnov follow in second place, the reigning European champions scoring 73.64, while Canada's world champions Meagan Duhamel and Eric Radford are third after they received a season best 72.74.

Their Canadian team-mates Julianne Seguin and Charlie Bilodeau are attempting to make the most of being exceptionally included into the Grand Prix Final as the seventh couple following the cancellation of the free skating event at the Trophée Eric Bompard due to the Paris terrorist attacks.

They were invited having been the first substitutes, while being placed placed seventh in the Grand Prix standings, and they have made a positive start to the competition, scoring 71.16 to lie just outside the medal positions.

Competition in the pairs will draw to a close tomorrow with the free skate, while the ice dance and ladies events are also due to begin.