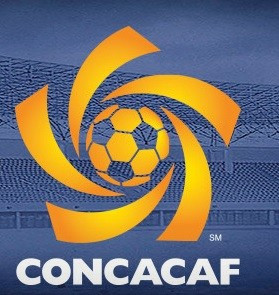 The Confederation of North, Central America and Caribbean Association Football (CONCACAF) will not appoint an interim President despite current head Alfredo Hawit’s indictment on corruption charges by the United States Department of Justice (DOJ), it has been announced today.

Instead of appointing a temporary head of the organisation, the Executive Committee as a whole will control the governing body until a new leader is elected at its Congress in May of next year.

Hawit, along with South American Football Confederation (CONMEBOL) President Juan Angel Napout, both of whom are FIFA vice-presidents, were arrested in raids by Swiss authorities ahead of the FIFA’s Executive Committee meeting in Zurich last week, similar to those conducted in May.

Paraguayan Napout has today agreed to be extradited to the United states to face charges.

“The CONCACAF Executive Committee concluded that, in light of current events, it is critical that the confederation’s next President be determined by a public election and the scrutiny that comes with it,” a statement from the organisation read.

CONCACAF is at the centre of the scandal engulfing world football as three of its former Presidents, including Hawit, have been indicted by the DOJ.

The body’s most recent President, Jeffrey Webb of the Cayman Islands, has since pleaded guilty to racketeering conspiracy, three counts of wire fraud and three counts of money laundering.

He was one of seven people to plead guilty to the charges filed by the DOJ.

Webb followed Jack Warner in taking up the CONCACAF hotseat after the Trinidad and Tobago businessman was suspended in 2011 for his role in widespread corruption within world football.

It has been reported that the two former CONCACAF officials “embezzled or personally appropriated funds provided by FIFA, including funds intended for natural disaster relief” and were culpable for taking bribes.

“This interim leadership structure demonstrates the Executive Committee unity and allows us to serve our member associations with a high level of efficiency, transparency, and accountability.”