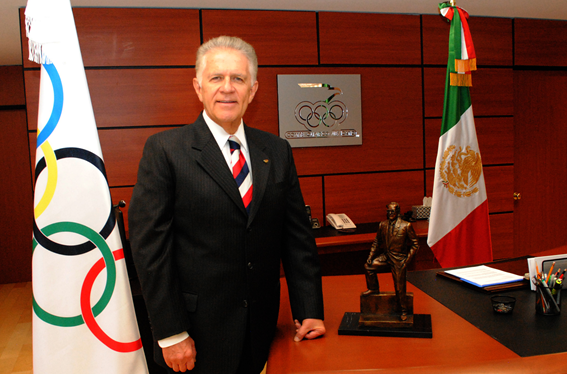 Ensuring Mexican participation at the Rio 2016 Olympics has been hailed as the key priority by all sides.

A simmering dispute between the National Commission of Physical Culture and Sports (CONADE) and sporting bodies erupted into the open last month after CONADE head Alfredo Castillo accused 10 Federations of misusing public money designed for athletes.

His attempts to intervene in the running of these bodies were criticised as a violation of the IOC's strict rules regarding autonomy.

insidethegames revealed a letter was sent by the IOC warning that Mexico could be suspended - leaving their Rio 2016 participation in doubt - if the situation is not resolved.

Since then, the IOC have softened their approach, however.

The IOC's deputy director general for relations with the Olympic Movement Pere Miró told insidethegames they will not impede any Government investigation and do not want to be seen as supporting those accused of corruption.

These sentiments were reiterated during the latest meeting.

"At the request of the IOC, Carlos Padilla takes responsibility as rightful owner of the Olympic Movement in Mexico, and feels a great endorsement of the IOC to the representation that he has as head of the COM before the proximity of 2016 Summer Olympics and the athletes concern caused by uncertainty due to recent events," a statement said.

"The COM reaffirms its commitment to society and the Mexican Olympic Movement to comply with the transparency and accountability of fiscal resources granted by the Mexican Government, under such provided by law and the statutes of each of the Federations themselves."

Castillo has also promised to do "everything in his power" to ensure they participate in Brazil next summer, claiming the Mexican State remained keen to fully support sport and athletes.

Yet statements from both sides still indicate there may be problems ahead.

Castillo reiterated that "private interests" will not be allowed to affect sport in the country, adding: "Mexico goes far beyond five or six people, not institutions, who have done much damage to the sport".

These figures have "held athletes hostage", he claimed.

Castillo vowed last week that arrests will be made soon as his investigation continues.

Sporting and IOC officials, meanwhile, have claimed the granting of financial resources by the Government should not be confused with the "management of National Federations as if the Government itself were the owner".

Padilla is an obvious figure to act as a coordinator between the two sides but also endured an increasingly fraught personal relationship with Castillo, who has been accused of acting "like an Emperor" by sporting officials.

The IOC also appear to be speaking specifically to Education Minister Aurelio Nuño, effectively a step up the Government ladder from Castillo, who occupies a Sports Ministerial post broadly equivalent to a junior post but is, nonetheless, seen as a close and influential ally of Mexican President Enrique Peña Nieto.