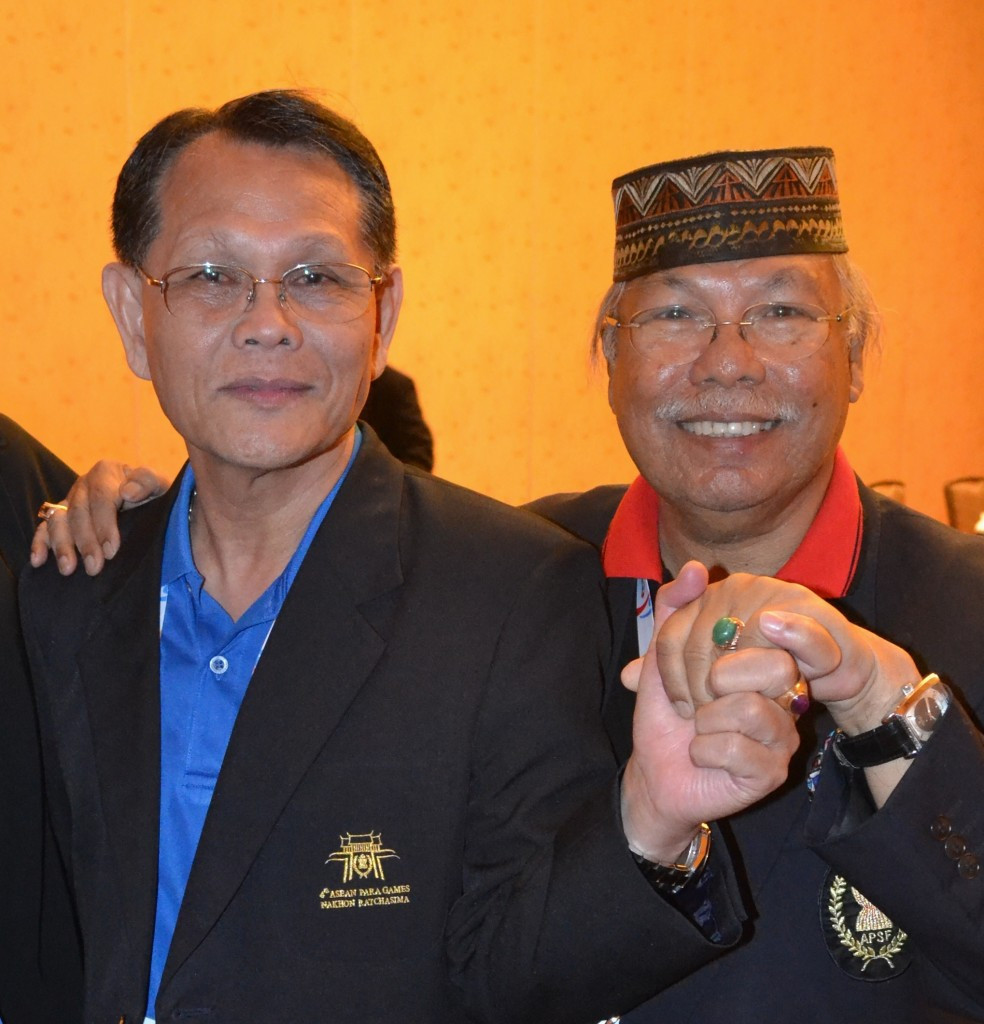 The 64-year-old beat Ng Keng Chuan of Malaysia to the Presidency after securing eight votes to his opponents one at the APSF Board of Executives (BoE) election in Singapore.

He will serve in the role from 2016 to 2019 and replaces outgoing President Dato Zainal Abu Zarin, who stepped down and opted not to contest the election.

Zarin had been at the helm of the APSF, the governing body for the Paralympic Movement in South East Asia, for three terms.

Bhavulai has been involved with the organisation since its inception in 2001 and was Thailand’s Chef de Mission for three consecutive Paralympic Games starting at Athens 2004.

The newly-elected President has invited his predecessor to  continue to offer him advice as he prepares to lead the APSF in a crucial period for the Paralympic Movement.

“I hope Dato Zainal, with his wealth of experience will continue to contribute and share his valuable experience with the new Board,” he said.

As well as the Presidential Election, four new vice-presidents were appointed, who will each also serve three-year terms.

Than Than Htay of Myanmar, a representative on the Medical and Sports Science Committee picked up seven.

The other two vice-presidents, Cambodia’s Yi Veasna and Kesone Sisongkham of Laos, were elected unopposed.

Thailand's Nopodol Jiraboondilok will serve as the governing body’s treasurer after he received eight votes in his contest with Malaysia’s Ang Kean Koo, who claimed one vote.

The elections were held during the ASEAN Para Games, which got underway with the Opening Ceremony on Thursday (December 3).