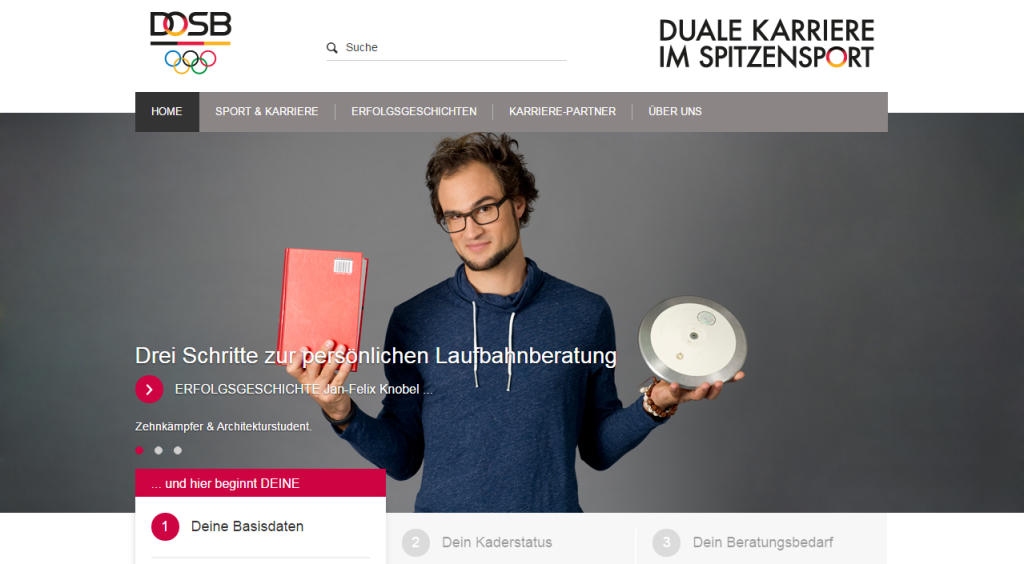 The German Olympic Sports Confederation (DOSB) has launched a new website for its "dual career" programme, which aims to allow talented athletes to pursue their athletic career while also providing them with high quality academic education.

As well as giving an overview of the framework through which dual career should be taught in Germany, the website also provides information on offers of career guidance from Olympic training centres and support modules from the German Sports Aid Foundation.

The priorities of professional sports organisations are outlined along with the crucial building blocks of dual career, such as the elite sports schools, partner universities and partner companies.

"Without binding rules such as dual career, we will not be competitive in the long term in most sports on an international scale," said Dirk Schimmelpfennig, a member of the DOSB’s Sport Performance Board.

The chairman of the DOSB Athletes' Commission, Christian Schreiber, added: "The athletes have been demanding for several years a central platform with information on dual career.

"We have therefore initiated this project with the Athletes' Commission.

"In addition, we are very glad that the need for this platform has been recognised by all participating career partners and accepted by our athletes."

The launch of the website comes just days after Hamburg citizens voted 51.6 per cent against the city’s bid to host the 2024 Olympic and Paralympic Games.

DOSB President Alfons Hörmann admitted they "have to accept the vote of the citizens" adding: "Olympics and Germany are not a good match at the moment."