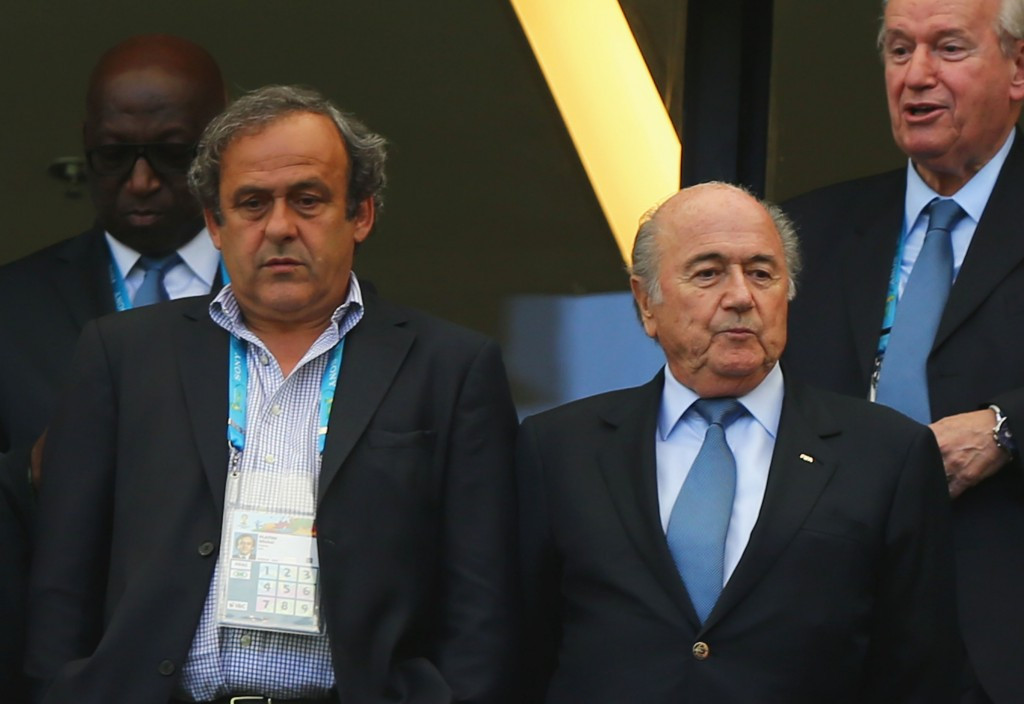 Both were hit with 90-day bans from the sport back in October over an alleged “disloyal” payment of CHF 2 million (£1.3 million/$2.1 million/€1.8 million) made to the Frenchman by the Swiss for work the former Juventus midfielder carried out for FIFA between 1999 and 2002.

The payment was, however, not made until 2011, raising suspicions of why there was a nine-year gap between Platini carrying out the work and receiving his money.

It has been claimed that both could face lifetime bans for the sport though the pair deny wrongdoing and a ruling could come as early as December 21.

They will each be able to submit their responses to Eckert's panel, including any evidence they may have, with regards to the findings of the FIFA Ethics Committee’s investigatory chamber.

Both will also be entitled to legal representation, with Blatter likely to be represented by Richard Cullen of American law firm Maguire Woods or Swiss lawyer Lorenz Erni.

Frenchman Platini is expected to bring Thibaud D'Ales, who works in the Paris office of Clifford Chance.

If further sanctions are brought against Blatter and Platini, they will be able to appeal the verdict to the Court of Arbitration for Sport (CAS), though the Swiss still believes only FIFA’s 209 Member Associations are able to remove him from a position he has held since 1998.

"The week after next, I have the chance to comment," Blatter told Zurich's Tages-Anzeiger  today.

"Then the Ethics Committee must prove that I have behaved unethically.

"And one cannot prove what is not true."

Platini, who still remains hopeful that he will be able to succeed Blatter when the Swiss steps down at February’s Extraordinary Congress in Zurich on February 26, filed an “urgent appeal” against his suspension to the (CAS).

An initial challenge to his and Blatter’s bans to world football’s governing body was rejected.

Formal proceedings were launched against Blatter and Platini by the Adjudicatory Chamber of FIFA's Ethics Committee in November after the Investigatory Chamber had requested sanctions following its deliberations.

The disgraced UEFA chief, originally the favourite to become Blatter's successor, will only be able to stand for the Presidency if he clears his name in time for the election, which remains unlikely.

Blatter has yet to be indicted by the DOJ but criminal proceedings were opened against him by the Swiss Attorney General in September over the origin of the payment.