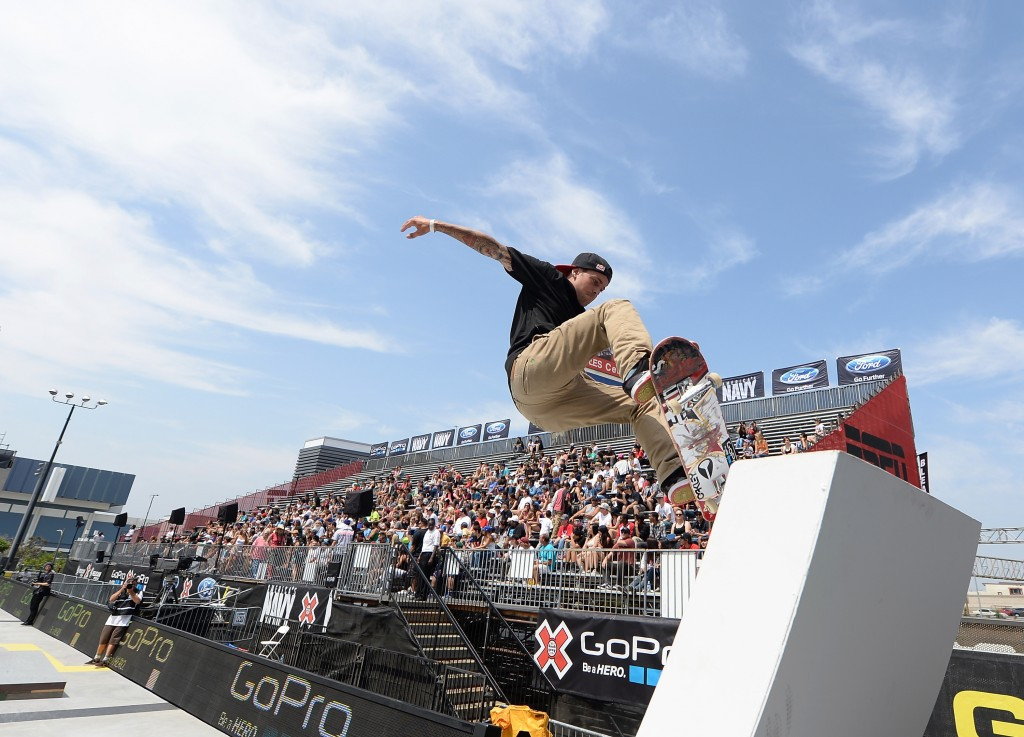 Negotiations are taking place between the International Olympic Committee (IOC) and the International Skateboarding Federation (ISF) to discuss the ISF taking charge of the sport at Tokyo 2020, insidethegames understands.

Skateboarding was one of five sports proposed by Japanese organisers in September for inclusion at the Olympics, with park and street disciplines put forward.

A final decision on how many sports, which also include baseball and softball, karate, sport climbing and surfing, will be included in Tokyo is due to be made by the IOC at its Session in Rio de Janeiro next summer.

Skateboarding, however, is proving a problematic choice due to the lack of a specific international governing body running the sport.

The sport's proposal was overseen by the International Roller Skating Federation (FIRS), the only IOC-recognised body representing the sport which also unsuccessfully proposed roller speed skating.

FIRS have set-up a Skateboarding Technical Committee headed by experienced German official, Titus Dittmann, and have repeatedly claimed how they are the only body with the sufficient resources to undertake the role.

The ISF, however, believe differently, and boast the advantage of having been selected by the IOC to oversee the skateboarding exhibition event at the Summer Youth Olympic Games in Nanjing last year.

Discussions have taken place between the ISF and the IOC in recent weeks and the issue could discussed at the  IOC Executive Board meeting, which is due to start in Lausanne on Tuesday (December 8).

ISF President Gary Ream told insidethegames today they are continuing to "build trust" with the IOC and Tokyo 2020, and "trust the bodies to make the right choice and to pick a skateboarding body run by the skateboarding community".

Many are keen to avoid a repeat of snowboarding's amalgamation into the International Ski Federation ahead of its Olympic debut in the 1990s, claiming this took away much of the sport's unique identity.

Others, though, have been critical of the likes of Ream for, they claim, trying the use the Olympic campaign for personal gain.

A petition has been set up, accessible here, opposing skateboarding's bid, with more than 6,400 signatures.

FIRS Technical Committee member Ralf Middendorf claimed to insidethegames the ISF is more of a business-led organisation specialising in the running of skate camps that a genuine governing body.

IOC vice-president and Tokyo 2020 Coordination Commission chief John Coates, however, had given the ISF hope in October by mooting how there would soon be a "new Federation" set-up, prompting the FIRS President Sabatino Aracu to accuse the Australian of being "not really in the loop".

Unlike FIRS, the ISF is not an IOC-recognised body and is neither a member of SportAccord, with Ream claiming no discussions are underway to join either body.

He said today that, while he believes skateboarding would benefit substantially from Olympic inclusion, he is not bothered by those opposing involvement.

This is because part of the "soul of the sport" is its non-competitive, exhibition side.