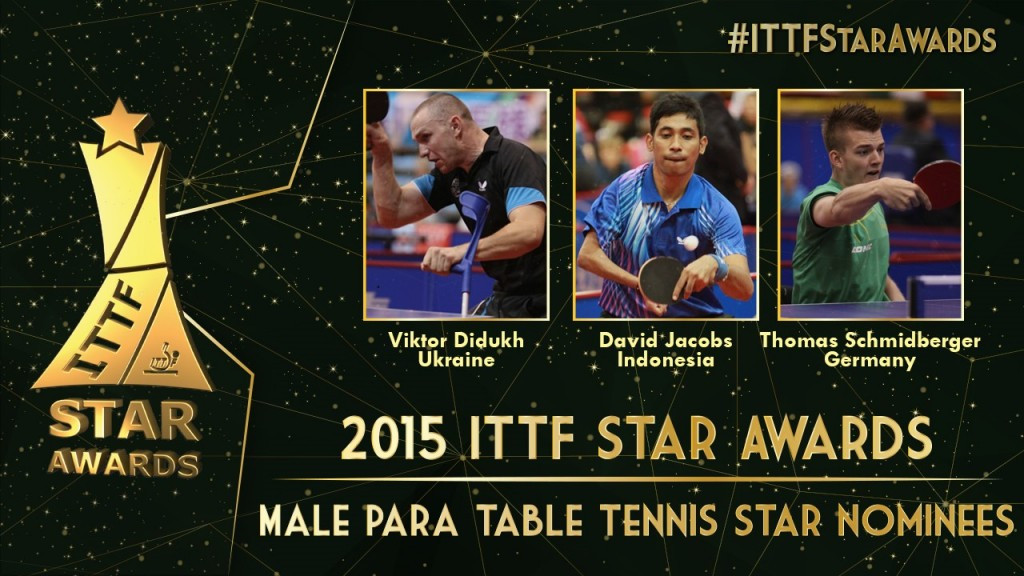 Winners of both prizes will be announced at the ITTF Star Awards, due to be held in Lisbon, on December 9.

European Para Championships gold medallist Viktor Didukh of Ukraine, who competes in the class eight division, has made the men’s shortlist.

He is joined by 2015 Asian Para Championships winner David Jacobs of Indonesia.

The other nomination for the men’s award is Germany’s Thomas Schmidberger, a runner-up in the class three event at the European Para Championships in Vejle, Denmark.

They will go up against Brazilian Bruna Costa Alexandre, winner at the Slovenian Para Open class four division.

The winners of the Male and Female Para Table Tennis Stars will be decided by the ITTF’s Para Athletes' Commission.

The 2015 ITTF Star Awards in the Portuguese capital will be the third edition of the event, which rewards the year’s most successful players.