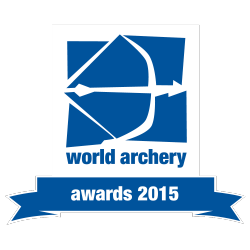 Voting for the 2015 World Archery Athlete of the Year awards is now open with a shortlist of 25 archers nominated across five categories.

The deadline for the submission of public votes is midnight on December 31 ahead of the announcement of the winners at the World Archery Gala on January 29, 2016, during the final of the Indoor Archery World Cup in Las Vegas.

Awards will be presented in the categories of recurve men, recurve women, compound men, compound women and Para-archer.

World champion Kim Woojin of South Korea is one of five archers in the running for the recurve men’s title along with Mexico’s Luis Alvarez, Spain’s Miguel Alvarino Garcia, France’s Jean-Charles Valladont and The Netherlands’ Sjef van den Berg.

The public poll makes up 50 per cent of the vote, with a panel of archery experts also contributing to the final decisions.

"Now in its second year, the World Archery Gala has proved an excellent opportunity to highlight the incredible achievements of some of our elite athletes while celebrating participation in archery at all levels," said Tom Dielen, World Archery’s secretary general.

World Archery is also accepting submissions from the public for its Photograph of the Year and Volunteer of the Year awards.

The former celebrates professional and amateur images captured by archery fans, while the latter recognises the time dedicated to the sport by exceptional individuals in communities, regions and countries around the world.